A place where nobody dared to go. That's how Xanadu is described in its hit theme song of the same name, and with good reason. The title has multiple levels of depth that are revealed in the movie. That's part of the fun of this feel-good flick. There's so much more to discover upon each viewing, and it's always worthwhile to dig a little deeper.

Xanadu is best described as a musical, but there is plenty of fantasy, romance, and whimsy in the mix to merit multiple classifications. Directed by Robert Greenwald, this odd but enchanting motion picture was written by Marc Reid Rubel and Richard Christian Danus. 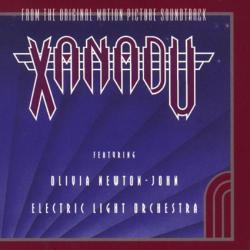 Mood of the Movie

Picture 1980. It's an innovative time for feature films and special effects. Roller rinks, braided barrettes, and leg warmers were all the rage. Add all that to the excitement of a roller disco. Imagine bringing in the nostalgia of swing music and dances, then combining that with the latest edgy sounds of rock and roll.

Put all that together, then throw in an animated sequence and several Greek muses. Add the one of biggest names in pop music at the time. Dash in a captivating romance, and you get one incredibly unique film called Xanadu that hit theaters on August 8, 1980.

The storyline of Xanadu is intricate but fascinating. Sonny Malone (Michael Beck) is a down-on-his-luck artist who happens to find inspiration in a girl who kisses him, then appears unexpectedly on an album cover that he's painting. The girl turns out to be Kira, a muse straight out of Greek mythology who's played by Olivia Newton-John. When they finally connect, magic happens. He gets the courage to quit a job he loathes and go after what he truly wants out of life.

Meanwhile, Sonny meets the charming Danny McGuire, played by Gene Kelly in his last feature film role, and the two become friends and business partners. They have another thing in common too, as they both rely on Kira for inspiration.

Although Xanadu was originally going to be a low-budget, roller disco movie, plans for the project became ever more grand after it found a studio (Universal) and a very famous leading lady in Newton-John. The budget increased and so did the creative input from others. It's this melting pot of ideas and visions that may have led Xanadu away from being as focused as many traditional narrative films, but it means that audiences got such treats as an animated sequence from Don Bluth in the middle of a live action movie.

Xanadu was shot in 1979 for its release in the summer of 1980. It was shot in the studio as well as on location around Southern California at locales in Venice, Santa Monica, and Los Angeles. The exterior for Xanadu itself was filmed at the Pan Pacific Auditorium, which has sadly since burned down. 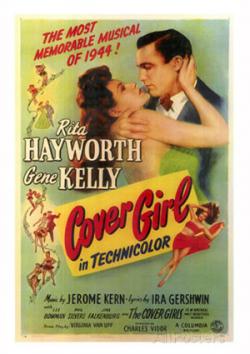 What most people don't know about Xanadu is that it is actually tied to two classic flicks. You don't have to watch them in order to fully appreciate Xanadu, but they are fun to watch for some extra background information.

In Cover Girl, a classic 1944 movie, Gene Kelly first played the Danny McGuire. He takes on that same role again in Xanadu, and the character of Danny makes several references to his past. Cover Girl starred Gene Kelly and Rita Hayworth.

Rita Hayworth played a muse in Down to Earth in 1947. Xanadu is thought to be somewhat of a remake of Down To Earth but, as the Xanadu Preservation Society points out, it also has some significant differences, such as Xanadu's ultimately happy ending.

You can't mention Xanadu without bringing up the fact that it has an unforgettable soundtrack that enjoyed worldwide success. It features music by Olivia Newton-John and the Electric Light Orchestra (ELO). Newton-John also performs duets with English rock legend Cliff Richard and rock band The Tubes.

Olivia Newton-John and ELO had hit songs with Xanadu, Magic, and I'm Alive. According to the book Strawberry Fields Forever by Vic Garbarini, Brian Cullman, and Barbara Graustark (1980, Bantam Books), John Lennon even remarked that he thought Magic was one of the best-produced pop songs that he had ever heard. 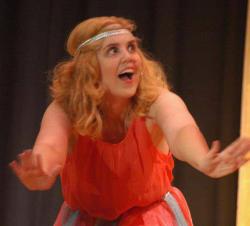 In 2007, a play adaptation of Xanadu was well received on Broadway. It took a light-hearted tone and poked tender fun at the original film. In addition to featuring much of the movie's soundtrack in the production, it added songs like Newton-John's hit Have You Never Been Mellow and Strange Magic by ELO.

Olivia Newton-John even showed up for the Broadway premiere. Since its Broadway run, it has been performed around the country in tours. Xanadu has also been produced by many local theater productions.

The Fun Lives On

Some facts about Xanadu and what it has inspired may surprise even diehard fans of the musical.

Musicians, filmmakers, and other types of artists were inspired by the movie and its music. For example, Allison Anders wrote of a young boy who speaks about the depth of Magic in Gas Food Lodging. Kenny Ortega, a choreographer for Xanadu, would go on to craft the famous dance scene in Dirty Dancing and have a very successful career

Olivia Newton-John met Matt Lattanzi on the set of Xanadu. Matt was a dancer and played the young Danny McGuire during the set-up for the Whenever You're Away From Me sequence. The two fell in love, married, and had a daughter, singer/songwriter Chloe Lattanzi. Matt and Olivia later divorced after 10 years of marriage.

Chloe has co-starred with Olivia in two movies: Christmas Romance and The Wilde Girls.

Xanadu found new life on VHS for decades after its theatrical release, and this led to multiple DVD releases. The most recent DVD release is called the Magical Edition, which includes special features like the Going Back to Xanadu documentary and the original theatrical trailer.

Legacy of a Cult Movie

When you mention Xanadu to any group of people, the reactions that you receive will probably be quite varied. Some film buffs dismiss Xanadu offhand, while others may go on about how it is such a beautiful, inspired fantasy. One thing is for sure; it lives on with a huge fan base. With deep meaning to its legions of fans, you'll likely be hearing about Xanadu for some time to come.

Comments
© 2006-2021 LoveToKnow, Corp., except where otherwise noted. All Rights Reserved.
Xanadu the Movie