There are many free movies on YouTube, from silent films to musicals, mysteries, horror, and science fiction. Finding them can take some time, but the rewards often include discovering terrific actors in forgotten gems. 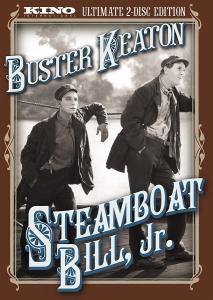 A silent black and white comedy that holds its own with any talkie, Steamboat Bill has the great Buster Keaton as a clueless young man who joins the crew on his tough father's steamboat. Keaton falls in love with a rival ship owner's daughter and after a series of fights and pratfalls, ends up saving the day and winning the girl. Although the film didn't make money for Keaton, it remains a hit, with an 8/10 from IMDB. Come for the comedy, stay for the stunts: remember, Keaton did his own work with few safety backups. The jailbreak and tornado are worth any price of admission.

This is an early English version of the classic, A Christmas Carol featuring Henry Edwards, who acted and directed. Although this is not the first version of Dickens' story to appear on film (a silent version was made in 1901), this Scrooge sticks to much of the original story. Don't expect the special effects you find in later films (there are few), and while few critics liked this version, it is a must-see for film buffs who love Christmas and want to see the first full-length film of a beloved tale.

There have been many versions of this film, but the black and white classic with the inimitable Paul Robeson is still the best. Adventurer Allan Quartermain (Cedric Hardwicke) helps a young woman (Anna Lee) locate her missing father in Africa and becomes involved in the return of a rightful heir (Robeson) to a tribal throne while searching for the fabled mines. Dated, and of its time culturally, the film is worth seeing as the source of everything from Indiana Jones to modern Mummy films. Viewers praise the adventure, and Robeson is magnificent.

A young woman finds herself on a train trip through Europe and passes the time of day with the other passengers. But after an overnight stop at a hotel, she discovers one passenger has not returned to the train, and no one admits to knowing anything about the missing individual. This movie represents the maestro, Alfred Hitchcock, at his best: humor, mystery, and just a touch of terror. A classic, black and white thriller with a terrific British cast, including Margaret Lockwood, Michael Redgrave, and Dame May Whitty. And yes, "Hitch" fans, he makes his cameo appearance about 93 minutes into the film, at Victoria Station. IMDB gives the film 8/10, not bad for an 80-year-old feature.

To "gaslight" someone is to manipulate them into thinking they are losing their mind, and the phrase came from the plot of this classic, starring Anton Walbrook, Frank Pettingell, and Diana Wynyard. This is the first British version, which closely follows the plot of the original 1938 stage play. A woman moves into her family home where a murder occurred years earlier. Soon, she believes that she is hearing sounds and seeing things that are not there. Is her grip on reality slipping, or could it be something else? This film is in black and white, has been remastered for clarity, and the shadows certainly suit a story copied many times over since then. It's fortunate this copy exists: after an American film company purchased the rights to the story in the 1940s, they insisted that all versions of the British film be destroyed. However, the original is still the best and gets 8 out of 10 at IMDB.

Orson Welles was one of the great film actors/writers/directors of the 20th century, and The Stranger remains as powerful today as it was 70+ years ago. Welles plays a Nazi who helped guide the development of concentration camps. He escapes to the U.S. where he changes his name and takes up life in a New England town. As Charles Rankin, Welles is an academic and a lover of clocks. He marries and settles into the community. Edward G. Robinson is the war crimes agent who tracks down Rankin and must convince Rankin's wife (the lovely Loretta Young) of her husband's true identity. This was the first film to use actual footage of Nazi atrocities, giving The Stranger real depth along with its film noir look. Welles is at his best here and the film still shocks. The movie is well rated by critics and viewers.

You can't go wrong with Fred Astaire and Jane Powell dancing and singing aboard a ship on their way to London. (This is the film where Astaire dances on the ceiling in one scene and rehearses with gym equipment in another scene when his dance partner doesn't turn up.) The period is during the royal marriage of Queen Elizabeth and Prince Philip, and Sarah Churchill (Winston's daughter) makes a grand appearance in this fun musical, suitable for all ages. Although not as well known as other Astaire films, Wedding gets high marks from critics.

This film features old-fashioned melodrama, complete with tears. Elizabeth Taylor and Donna Reed are sisters with opposite personalities. They fall for the same man but take different paths in life, losing, finding, and losing love. Van Johnson is the guy who wants what he doesn't have and ignores what he does. Critics either liked it or hated it, but it requires two hankies, at least.

With action, drama, and color, this Biblical story with Orson Welles and a European cast retells the life and triumph of the young shepherd and king to be, David, over the giant. Given the film's age, the battle sequences and the nine-foot tall Goliath are not bad. If you like "sword and sandal" epics, you may enjoy this selection. 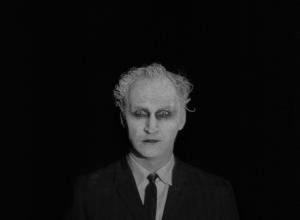 Eerie, dark, and a cult classic, this low-budget horror/ghost story follows a young woman who survives an accident, only to be haunted by spirits at a seaside pavilion. Wat do they want and can she escape them? Even without a drop of blood or monsters, this is not a film to watch alone on a stormy night. Critics agree with the film's popularity.

Still one of the most frightening horror films out there, George A. Romero's black and white classic was made on a shoestring budget yet has terrified millions and inspired scores of homages in dozens of films. After her brother is attacked by a stranger and killed in a cemetery, a young woman escapes and flees to a farmhouse. She meets others, who also take refuge from the returning dead and are determined to fight off the horrors, outside and inside. There are few quiet moments in this film, building to an ending that shocked viewers at the time. The film is gruesome (even in black and white) and is consistently given high ratings and listed in the Library of Congress Film Registry.

The films here are just a tiny sampling of what can be viewed for free on YouTube. There are many legal issues surrounding uploading of films to YouTube, but public domain films (many early films) can be shared by everyone. Meanwhile, some companies like BBC have licensing deals for various channels and shows. It's worth your time to check out YouTube's films and then sit back and enjoy the free show.