There is nothing like enjoying a dinner with friends and family during the Thanksgiving season and then nestling down on the couch to watch a movie. There are many terrific Thanksgiving movies and shows for families to discover and share with a new generation of viewers.

Charlie Brown, the character in charge of his group's Thanksgiving day celebration, loses his patience when there are too many guests and not enough thanks at the holiday table. But when his grandmother gathers all of Charlie Brown's friends, even the uninvited ones, to her home, the idea is welcomed by all. A Charlie Brown Thanksgiving is a 30-minute color special that debuted in 1973, and won an Emmy for writer Charles Schultz.

This is America, Charlie Brown! 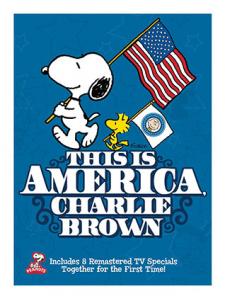 This is America Charlie Brown

This animated mini-series aired on television in the late 1980s, and among the stories is a section about the Pilgrims and Thanksgiving, The Mayflower Voyagers. Young viewers will enjoy watching the Peanuts gang learn about the traditions and people behind the holiday.

Mouse on the Mayflower

This film highlights a mouse who is the smallest visitor on the Mayflower. Follow this little mouse to see how the story unfolds to a satisfying end. With the voices of Tennessee Ernie Ford and Eddie Albert, parents will enjoy this film too. Unavailable for many years, The Mouse on the Mayflower is back on DVD for Thanksgiving viewing. 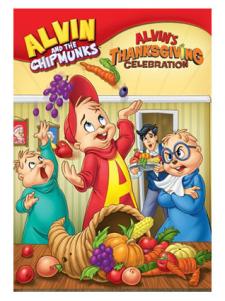 In this collection, Alvin and his friends get into four different adventures, all with a Thanksgiving theme. One story tells about how poorly Alvin is doing in his studies until his brothers bring a holiday film into the fray. Another tells the tale of Alvin inviting his family to a Thanksgiving celebration. The catch? He's trying to get everyone to see him star in the play. Alvin's Thanksgiving Celebration will delight both young and mature viewers.

An animated story about the man who is credited with leading the Pilgrims through difficult times as governor. William Bradford: The First Thanksgiving tells the tale about how Bradford helped to found the first harvest festival, which later became Thanksgiving. This film is perfect for parents who want to add a little education to their kids' holiday movie list.

Desperate Crossing: The Untold Story of the Mayflower

This special was produced by The History Channel, and explores the history behind the Pilgrims and their journey to the New World. Desperate Crossing: The Untold Story of the Mayflower is for older children, but it is an excellent introduction to the people, places and happenings that were responsible for Thanksgiving. 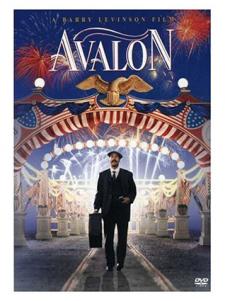 For older children (rated PG-13) Avalon tells the story of an immigrant Polish family in Baltimore through the years, including their celebrations of Thanksgiving in their new home. A three-hankie film, it remains a heartfelt look at family and the power of love. The film was nominated for Academy Awards and is a feast for the eyes and the heart.

Based on a short story by Louisa May Alcott, An Old-Fashioned Thanksgiving tells about the relationship of three women -- grandmother, mother and daughter -- in New York during the 19th century. When one of the three falls on hard times, it is up to the youngest to bring the family back together. 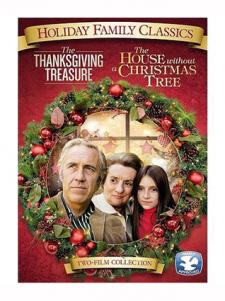 When two neighbors refuse to talk to each other and the holiday is at stake, it takes a little girl's spunk to get everyone back to friendship. A Thanksgiving classic starring Jason Robards and Barnard Hughes, The Thanksgiving Treasure is newly released on DVD.

If you have always wanted to know how a parade comes together, this DVD is perfect as a Thanksgiving gift. From A&E, Inside Macy's Thanksgiving Day Parade shows how dancers and performers rehearse, and how balloons are created, inflated and pulled down Fifth Avenue to the delight of millions worldwide. A fun start to your holiday! Note that this is a pricey title to purchase, so check your local listings to see if A&E is showing the film on television during Thanksgiving weekend.

Who can forget the Waltons, a family filled with faith, love and humor? This collection includes A Walton Thanksgiving Reunion, in which the family gathers to celebrate their loved ones and remember their days on the mountain. Changes have come to the mountain and people have moved on, but the Waltons still hold family closest to their hearts. A quiet and touching remembrance of Thanksgivings past.

Claudia is a successful lawyer and doesn't have time for Thanksgiving or family until the mysterious Gina uses some special powers to show Claudia she is missing out on much more than a big dinner. A Hallmark Hall of Fame special with a holiday message, A Family Thanksgiving is suitable for all family members.

Older kids will enjoy the singing and dancing in this Bing Crosby and Fred Astaire classic about an old country inn which is opened only for the holidays. Holiday Inn won an Academy Award for the song White Christmas but the Thanksgiving scene is just as wonderful, with Bing's I've Got Plenty to Be Thankful For. Think of it as the official kick-off for your entire holiday season.

This Academy Award-nominated drama tells the story of John Smith and Pocahontas. While not set in the New England of Thanksgiving, the PG-13 film depicts the impact of the new world meeting the old, during the time of Thanksgiving's origins. The New World, which stars Colin Ferrell and Christian Bale, is a beautiful, poignant look at loss and love, suitable for older children.

Celebrate the Season of Thanks

Thanksgiving films can bring everyone together in celebration. And the films can help you begin conversations about the real meaning of the holiday. So, plan to enjoy an evening with your children, along with popcorn, soda and a turkey sandwich! Add some Thanksgiving games and stories to make your celebration complete.