The popularity of Bollywood movies is on the rise, and the best place to check out some of these highly popular films is right online. You can spend a lot of money buying the movies, but like Hollywood movies, not every title may be one you wish to own. There are several websites that cater specifically to Bollywood movie rentals only.

The website Eros Now offers subscription-based plans for those looking to catch up on their favorite Indian entertainment. It includes high-quality movies as well as music, TV, and other regional content. The plan allows you to watch on your laptop, phone, or tablet, and you can also stream to your TV.

The Eros Now Premium subscription is $7.99 a month and includes:

According to Access Bollywood, the premium subscription isn't necessarily the only option. The free basic account will still give you a selection of movies and TV shows, plus unlimited access to the entire music collection. Where the paid features come in handy is English subtitles, which are only available with a paid subscription. They recommend watching Eros Now on the Apple TV app as the image quality is just as sharp as on an iPhone, and the subtitles appear in the black bar below the picture.

BigFlix is an Indian video streaming service that offers more than 2,000 films in Hindi and eight other Indian languages. It was just launched in Dubai where an Indian expat community of 2.5 million people is eager to access the system. BigFlix is available all over, but they are working to make it more globally friendly by offering the ability to stream across multiple devices and pay in local currency. 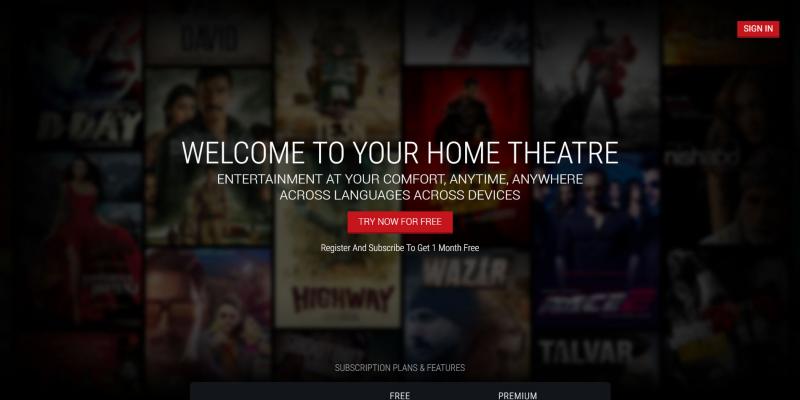 BigFlix offers a free subscription plan and one that is either $1.99 a month or $19.99 a year. The main difference is that the free plan doesn't give you unlimited movies or regional ones.

Previously, BigFlix didn't always get the best reviews, but Reliance Entertainment gave the site a big facelift. You now have five user profiles and HD quality streaming on up to five devices simultaneously.

Spuul is another online site devoted to Bollywood movie rentals. There are some free movie options, but the best bet for true fans is to go for the premium subscription, which is around $4 a month. This gives you:

According to PC Magazine India, Spuul offers one of the best user interfaces, and it has a great selection of newer Bollywood movies and older classics. If you're still unsure, Spuul offers a free trial before signing up.

BoxTV is another movie rental website, started by Times Internet Ltd., a subsidiary of The Times Group. BoxTV allows users to stream movies, TV shows, and short films right to their phones, laptops, or TV devices like Roku. Choose from the free version, which includes some movies on an ad-supported platform, or opt for the premium subscription (around $3-$5 a month).

According to an article on TechCrunch, BoxTV aims to eventually be the Netflix of India. They have expanded to the US, UK, UAE, Singapore, and plan to launch in other markets as well.

The website may not be as sleek as many of the other newer rental sites, but BWCinema has a good selection of Bollywood movies. Be warned, their prices are a bit higher than other sites, with a one month subscription running $11.99. You can stream movies to Smart TVs, Roku, Chromecast, and Amazon Fire from your iOS or Android devices. However, a few other things to note are:

When searching for movies, sort by genre or browse through newly-added movies, coming soon, new releases, old releases, and more.

Netflix for Bollywood has a blog post on rental services for Bollywood movies and personally recommends BWCinema. They also provide a helpful tip and suggest using the BluRay release section since the quality is higher than regular DVD quality. 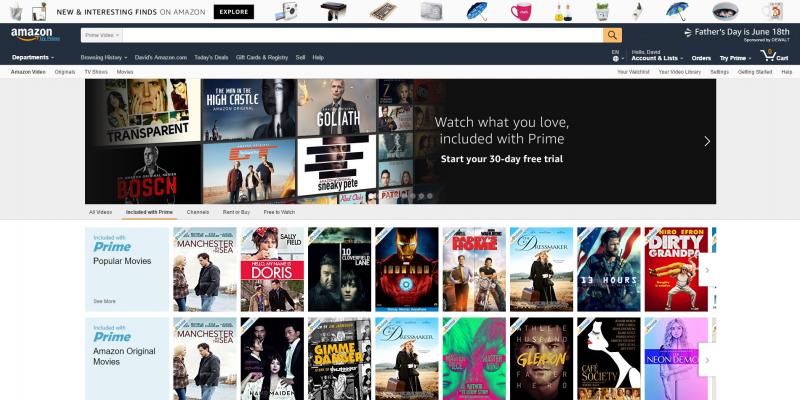 If you have an Amazon Prime account, you may find a number of Bollywood movies are included in your membership, so you don't need to spend extra money on a subscription. Other Bollywood movies are available for rent as well, typically starting at $4.49 each. If you purchase a rental, you have 30 days to start watching it, or seven days to finish it once you start watching. Most titles have English subtitles, and one upside to Amazon is the number of English reviews you can find on the inventory of Bollywood movies.

Watch for Amazon to make a bigger mark in the Bollywood industry as they launched operations in India mid-2016. They also signed a deal with Bollywood filmmaker Karan Johar's Dharma Productions, which will make Amazon Prime Video "the subscription streaming home" for their well-known films and upcoming releases. 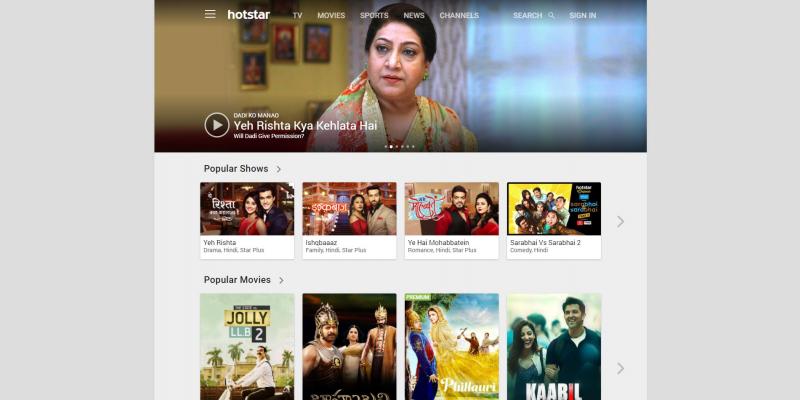 Hotstar is a video streaming site that not only includes Bollywood movies; it features TV shows, sports, and news channels. It's owned by Novi Digital Entertainment Private Limited, a wholly owned subsidiary of Star India Private Limited. They offer over 50,000 hours of TV content and movies in eight languages, along with every major sport covered live for around $3 a month. In addition, Hotstar is starting to invest in its own original programming, making it a popular option for those wanting all aspects of entertainment from India. The major drawback to Hotstar is it is only available in India. You can, however, watch it outside of the country by utilizing a VPN that has Indian servers. 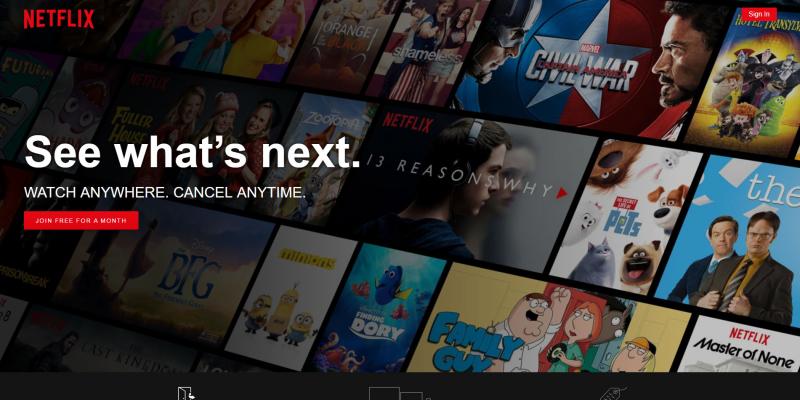 If you have a Netflix account, you'll find Netflix has an entire section dedicated to Bollywood films. In order to find this section, simply click on "Foreign Films" and then click on "Bollywood." With Netflix, you won't get late or extended viewing fees. There are both online and actual DVD options, where the movies arrive promptly in your mailbox, about a day or two after adding them to your queue.

One upside to using Netflix is many people already have a subscription, and the provider is doing more to get recognized as a great source for Bollywood movies. In December 2016, Netflix struck a deal with the movie production house co-founded by one of Bollywood's biggest stars, Shah Rukh Khan, also known as "King Khan." They have plans to offer members more than 30 existing titles from Red Chillies Entertainment, along with original Bollywood programming in the works for later in 2017.

If you're looking for some options to get your Bollywood binging started, sites like Ranker have their list of the best Bollywood movies on Netflix, and users can vote for their favorites, while MSN has compiled their list of 25 not-to-miss Bollywood films.

The name Bollywood is a nickname for films that originate in India. Typically produced in Mumbai, or the city known as Bombay, the "B" replaces the "H" in Hollywood to make Bollywood a play on words. In a sentence, Bollywood movies are vastly popular. The industry actually began in India at the turn of the 20th century, with Raja Harischchandra in 1913. The industry took off, and has shown no signs of slowing down. In fact, Bollywood holds a number of Guinness Book of World Records, including an industry-wide record for producing the most movies each year - as many as 800 to 1,000!

With Bollywood churning out new movies far faster than Hollywood does, you're pretty much guaranteed to have no shortage of movie options, no matter which website you choose to rent from. Just make sure that whatever website you choose to get your movies from offers high quality, and more importantly, legal, DVD's. Regardless of how cheap, pirated and bootlegged movies are illegal. If you're just getting into the Bollywood scene, check out websites like Desimartini, where you can find lots of reviews for various Bollywood movies and/or websites like Blog to Bollywood for all the latest news in the Bollywood industry.