As part of arguably the most popular claymation feature of all time, The Nightmare Before Christmas characters are often looked at as a unique blend of the real and surreal. No Nightmare Before Christmas character is your typical cartoon character: instead of featuring cartoonish eyes, the characters are known for featuring exaggerated body features and details like long bodies. All together, there are over 230 claymation characters in the film, leaving many of the unique looking ones as little more than extras.

Known as the Pumpkin King of Halloween Town, Jack is the main character in the film. He is charming and defined physically by his long, skeleton body and features. Jack is the spearhead of the yearly campaign to scare children for Halloween. He adores the ghoulish horror and fright, and looks to please as many people as possible. During the film, however, Jack accidentally falls into Christmas Town and falls in love the holiday. He tries to bring what he's seen back to Halloween Town, but the characters don't seem to understand what the holiday means.

Created by Doctor Finkelstein out of a ragdoll, Sally is whimsical and has the best of intentions. She falls in love with Jack (who is hesitant to share the affection) and doesn't feel like Christmas in Halloween Town will be a success. She's quick to point out the problems with the holiday to Jack, who tries to ignore both her and her thoughts.

Oogie has it out for Jack and isn't afraid to say it. The film's primary antagonist, Oogie is a large sack filled with thousands of creepy crawling bugs. He is evil personified and does everything that he can to make Jack and his Christmas fail. Oogie ends up kidnapping both Sally and Sandy Claws (as he is known to the residents of Halloween Town), forcing Jack to rescue them in a dramatic finish. 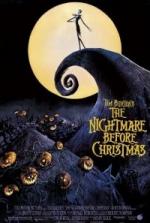 The mad scientist of the town, the Doctor creates Sally and is always working on his projects. Wheelchair bound, he becomes annoyed by Sally's infatuation with Jack. For a period of time, he is under Oogie's control until Jack is able to switch his brain back to his true brain.

A short, plump man with a Jekyll and Hyde personality, the Mayor looks to Jack to provide the juice for Halloween antics. He allows Jack to switch the celebration to a focus on Christmas instead as the Mayor has little power over the town. He will quickly switch from joy and excitement to anger, utilizing his stunning head that can do a full 360-degree turn.

The faithful 'stead' of Jack, Zero is a ghostly dog that helps Jack with his nose as bright as Rudolph's.

Three children with a special place in their heart for antics, these boys are the little dirty workers of Oogie Boogie. Each child has their own special characteristic: Stock is the only girl among the bunch, Lock wears a devil-tailed costume and Barrel is often mocked and made fun of.

Known in the film by Jack and his town as Santy Claws, Santa is put through the wringer when Oogie Boogie kidnaps him. Jack becomes enamored with Santa after an accidental trip to Christmas Town.

While it can be a little bit out there at first, The Nightmare Before Christmas is the type of seasonal movie that really gets better the more times you watch it. Coupling both Halloween and Christmas as major themes in the film, it is appropriate as an avant garde choice for either holiday. The film also heavily features musical numbers to the delight of those looking for a sing-along!