With so many Christmas movies to choose from, make this year memorable by watching the best. From old favorites to newcomers, the following ten holiday films boast popularity with the public as well as high ratings from critics. Get ready to curl up by the fireplace with the greatest Christmas movies of all time.

It's a Wonderful Life

The classic movie It's a Wonderful Life was made in 1946, but its story and themes still ring true today. George Bailey is visited by an angel who shows him what the town would be like if he had never existed, bringing Bailey hope and gratitude for his life on earth. The film ranks an impressive number 11 on the American Film Institute's 100 Years… 100 Movies list and it is also highly ranked by IMDb users on their top 250 chart, who place the film within their top 30 movies of all time.

How the Grinch Stole Christmas 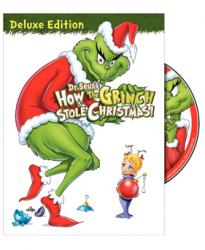 How the Grinch Stole Christmas

How the Grinch Stole Christmas (1966) brings a beloved Dr. Seuss story to life, delighting both kids and adults alike. It tells the story of a grumpy Grinch who attempts to steal Christmas from the happy Whos in Whoville. Luckily, his reluctant heart surfaces and wins out in the end. This animated special maintains an amazing critic ranking of 100% at Rotten Tomatoes. The film is also included in Redbook Magazine's list of the best Christmas movies for children.

A must-see movie that can be watched time and again, Miracle on 34th Street (1947) is a story of faith in the magic and miracle of Santa. When an old man at Macy's says he is the real Santa Claus, the skeptical people around him must decide for themselves what is true. The movie won three Academy Awards, and Variety calls Edmund Gwenn's portrayal of Kris Kringle the "best in his career." 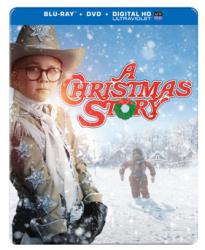 One of the funniest Christmas movies around, the beloved 1983 film A Christmas Story tells the unforgettable tale of a boy in the 1940's pining away for a BB gun. Ralphie experiences one childhood mishap after another for laughs that are underpinned by what Roger Ebert describes as "a real knowledge of human nature beneath the comedy," in his review of the film when he included it on his Great Movies list. AMC viewers have also voted this film in the top ten Christmas movies of all time.

What's not to love about a movie with Will Ferrell starring as a giant, misplaced elf? In the 2003 film Elf, the main character Buddy is an orphan who was raised at the North Pole. When he realizes he is actually a human and not an elf, he ventures to New York City in search of his roots. The touching but hilarious story captured the hearts of both audiences and critics alike. It ranks number three on Box Office Mojo's movies about the holidays box-office list and has a surprising 84% critic rating on Rotten Tomatoes. The popular movie was even adapted into a Broadway musical in 2010. 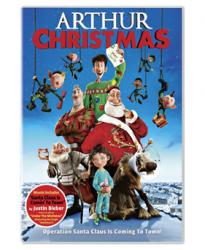 A new movie on the must-see list, Arthur Christmas (2011) tells the story of Santa's younger son Arthur. When Santa's high-tech delivery system misses a package, Arthur makes it his mission to personally deliver a present to a young girl. Variety said the movie was "clever enough to become essential yuletide viewing," while Entertainment Weekly calls it "genuinely sweet." It also fared well at the box office, ranking in the top 20 for Box Office Mojo's holiday list.

In The Santa Clause, Tim Allen plays Scott Calvin, a divorced father who is forced to take over the role of Kris Kringle after Santa accidentally falls off his roof on Christmas Eve. The film grossed $144 million over its lifetime according to Box Office Mojo, and it spawned two sequels after its 1994 debut. Reviews skewed positive, with Roger Ebert calling it a "clever and amusing movie." 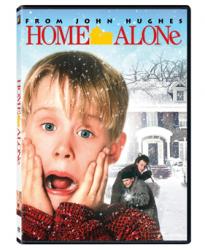 The highest-grossing movie of 1990 and one of the top 100 highest-grossing movies of all time, Home Alone launched Macaulay Culkin into infamy as the child who gets left at home at Christmas and battles two burglars who had plans to ransack the home while the family was away. The movie was called "surprisingly charming" by The New York Times, who also commented that it "may be the first Christmas black comedy for children."

A Christmas Carol (1951) recounts the tale of a miserly man who is visited by the ghosts of Christmas past, present, and future. There are many versions of the original story written by Charles Dickens and taking in at least one of them at Christmas time is a must. The 1951 version starring Alastair Sim fared well in its ranking with IMDb users and Slate Magazine calls it the best Christmas movie ever made. 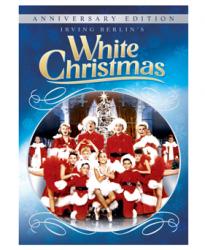 If you've never seen White Christmas (1954), make this the year to watch it. Bing Crosby and Danny Kaye play army buddies who sing and dance their way to the top as performers. Soon enough they meet a sister-singing act (Rosemary Clooney and Vera-Ellen), whom they follow to Vermont for Christmas. They eventually help out their old Army General with his failing Vermont inn by putting on a show. The movie features over 13 songs according to its review in Variety, which were written by Irving Berlin. It is in the top 20 on AMC's Christmas movies list, is ranked highly on IMDb, and has a 76% critic ranking on Rotten Tomatoes.

Love Actually (2003) is a romantic comedy set during the Christmas season in Great Britain. Following the romantic lives of several people in their own separate stories, it has a star-studded cast featuring the likes of Hugh Grant, Emma Thompson, and Colin Firth, to name a few. The various plot points intersect lightly, making it all the more enjoyable. Entertainment Weekly names Love Actually to their list of Top 20 Movies Ever, saying "You could fill a stocking with all of the terrific moments in the film." 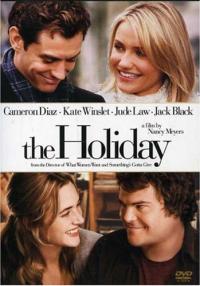 Starring Cameron Diaz, Jack Black, Kate Winslet, and Jude Law, The Holiday (2006) is a movie that reflects the house swapping trend. When the two lead female characters swap houses for the holidays, they find love in their newfound towns. It makes moviefone's list of The Top 25 Best Christmas Movies Ever Made as they award "bonus points for being the rare Christmas movie to acknowledge Hanukkah" to this romantic-comedy for the holidays.

The Polar Express (2004) is perfect for kids young and old. Based on the classic book of the same name, Tom Hanks lends a trusting voice to the conductor who guides a young boy on a journey to meet Santa and receive a special gift. Reader's Digest includes it in their list of Top Christmas Movies Guaranteed to Get You in the Holiday Spirit, mentioning the classic story's appeal. The life-like animation of the Christmas train, its passengers, and the North Pole only adds to the magic.

Prancer (1989) stars Sam Elliott as the father of Jessica, played by Rebecca Harrell. Although her mother passed away before the start of the film, Jessica still wants to believe in the magic of Santa and Christmas. She gets a chance to do so when Prancer, one of Santa's reindeer, hurts himself and falls -- leaving Jessica to help nurse him back to health behind her father's back. Roger Ebert said the writers gave the story an "unsentimental, almost realistic edge" and notes the excellent performance by the young leading star. Although it may take a little for the story to get moving, Reel Film Reviews says that the film has charm.

The Best Movies to Make Your Holiday Bright

Critic ratings and public popularity aside, the best movies to watch are the ones that bring you joy and happiness. Choosing films from this list will certainly be time well spent, especially if you share them with friends and family.