With the average price of a movie ticket hovering around eight dollars and many theaters charging ten dollars or more for evening shows, reading movie reviews is a great way to avoid wasting your money on a film that's mediocre or worse. Although you can't guarantee that you'll agree with the assessment of any one critic or consumer, checking out the ratings on movie review websites lets you see how critics and movie-goers feel about a film. Several sites stand out for their quality reviews.

One of the most respected sources for movie information on the Internet, the Internet Movie Database offers ratings and reviews of almost every movie ever made. If you're considering what you want to see during a trip to the cinema, this is a great first stop. You can see the top box office performers and how much they've grossed so far and compare those numbers with ratings from critics and movie-goers like you. You can click on links that take you directly to all the major reviews of the film, and you can also read detailed user reviews. 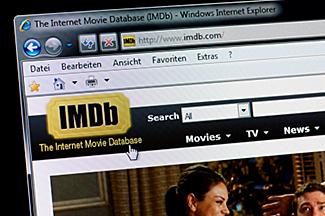 IMDb has the following major advantages:

No movie site is perfect, and IMDb has the following drawbacks:

While IMDb offers a glimpse at how users feel about films, it's not the only option. If you're more interested in the critics' views of a particular movie Rotten Tomatoes may be a better resource. You can also use this site to view trailers, read interviews with movie stars and directors, and participate in a community of other film enthusiasts. Movie reviews cover films currently in theaters, as well as those available on DVD or for instant streaming. The tomato percentage gives you a quick and easy way to see what critics think of a title.

There are several reasons Rotten Tomatoes may be a great site for you:

Although Rotten Tomatoes is a great site, there are a few things that might bother you about it:

MetaCritic is a site that compiles reviews of movies, games, TV shows, and more. It includes both critic reviews and user reviews, and it's the source of some of IMDb's information on critic reviews. Although the site isn't as flashy as some of the other movie review sites, it offers great information at a glance. It's a good source if you want movie reviews in a hurry. The main page of the site even provides a handy bar graph so you can see how currently popular movies stack up against one another. You can also see a numerical rating for the movie's performance with critics, and there is a handy feature that allows you to see how any one movie compares with other titles featuring the same star.

You may love MetaCritic for the following reasons:

MetaCritic isn't perfect. Here are a few of its flaws:

Although many people use MovieFone to find show times for films, it's also a good source of reviews. You'll find both critics' reviews and users' reviews, along with a handy percentage-based rating for each. If you find a movie you'd like to see, you can also find out when it's playing near you and even purchase advance tickets online.

MovieFone has the following advantages:

Depending on your needs, there may also be some disadvantages to this site:

Choosing Your Next Film

Reviews are a great way to determine whether a movie is worth the price of admission. To get the most accurate idea of whether you should buy a ticket it's a good idea to read reviews on multiple sites. Since some sites focus more on user reviews and others are primarily based on the critical response, it may take more than one source to get a complete idea of whether you'll enjoy a film.