Years ago, martial arts and artists were symbols of the mysteries of the Orient, where slim muscular men and women would move their hands and feet in unconventional ways and soon dispatch both hooligans and good guys accustomed to more traditional fisticuffs. Today, whether it is Mel Gibson in Lethal Weapon (1987), Jackie Chan in Shanghai Noon (2000), or children's programming such as the American comic book heroes Teenage Mutant Ninja Turtles or the Japanese inspired Mighty Morphin Power Rangers, movie goers of all ages can now see their favorite heroes and villains utilize the ancient methods of martial arts to light up the screen in action features.

"Martial arts" is a Western term describing a host of traditional training methods for both armed and unarmed combat without the use of modern technology. While used in both military and civilian settings, we are most familiar with the civilian use, which may also include physical fitness, mental discipline, and self-confidence as its objectives. Thanks to the legendary Bruce Lee, martial arts films occupy a unique genre. Unlike many other forms of action films, however, this genre's focus on honor and self-discipline also makes it well suited to the youth audience.

Martial Arts Versus Action Movies - A Contrast of Genres

There is no question that martial arts films have plenty of action, and that today's action movies have plenty of martial arts. What warrants them to be classified as separate genres? An action movie can basically be summarized as good guy overcomes the odds to defeat bad guy with lots of explosions, gun fights, and violence along the way. Three examples of the "action" genre are Rambo (1982) starring Sylvester Stallone, The Terminator (1984) starring Arnold Schwarzenegger, and Die Hard (1988) starring Bruce Willis. In each of these movies, modern and, in the case of The Terminator, futuristic weaponry is used by heroes and villains in an elemental good versus evil struggle. There are lots of explosions and dead people and, at the end, the good guys win.

Martial arts films, however, focus on, as you would expect, martial arts and artists. In a strict sense, the distinguishing feature of this genre from the action genre is the hero uses his or her hands or traditional weapons. This distinction is not always easy to make. In Under Siege (1992), a film starring aikido trained Steven Segal, there is clearly a combination of the two as Segal's character. As a decorated Navy SEAL, he uses all things available to him to dispatch a group of soldiers of fortune who have hijacked the U.S.S. Missouri in an effort to steal its cargo of nuclear warhead carrying cruise missiles. The climactic scene, however, is classic hand-to-hand combat. In essence, it is not the actor, it is the props that distinguishes the two.

For American viewers, the classic martial arts film is Enter the Dragon (1973), starring Bruce Lee. Lee was singularly responsible for bringing Hollywood the martial arts action film concept. Born in San Francisco and trained in Hong Kong, Lee was the son of a famous acting father and soon found his way into the Hong Kong wushu movie scene. He later returned to the United States and finished his education, including a degree in philosophy. It was Lee's athleticism, discipline, and philosophy of life that made him legendary and made martial arts a significant genre and an integral part of most action films.

While Hollywood can make virtually any actor do anything, martial arts films are primarily populated by martial artists who have become actors, rather than actors trained as martial artists. Jet Li, for example, was a Chinese national martial arts (wushu) champion five times before becoming an international movie star. Steven Segal is an aikido instructor and highly accomplished in this form of Japanese martial arts. Chuck Norris, whose claim to fame as an actor is more in action movies such as Missing in Action (1984) and in the television series Walker, Texas Ranger, has a number of championship trophies in several martial arts to his credit. Cynthia Rothrock, the Queen of Martial Arts Films, was a five time World Karate Champion during the 1980s. John Claude Van Damme, Jackie Chan, and, of course, Bruce Lee, were all skilled martial artists before moving to the silver screen. Michelle Yeoh, of Crouching Tiger, Hidden Dragon (2000), is a trained dancer and accomplished actress but not a martial artist. The same can be said for Jason Scott Lee, who ironically played Bruce Lee in the 1993 biopic, The Bruce Lee Story, although Lee did train in martial arts for the film. 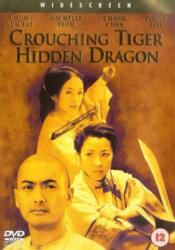 We normally associate martial arts and artists with Asian culture, adding philosophical elements to the basic concept of combat without the aid of modern weaponry. In China, this genre is called wuxia, a unique blend of martial arts and chivalry. For American audiences, the first true exposure to wuxia film was in the critically acclaimed Crouching Tiger, Hidden Dragon (2000), and later Hero (2004) starring Jet Li. The case can be made, however, that Star Wars (1977), Big Trouble in Little China (1986), and The Matrix movies borrowed from the chivralic themes of wuxia films. Because of their historical settings, emphasis on swordplay, ability of the heroes to attain a higher level of physical and mental skills, and a strong sense of honor, these films are considered to be of a different genre than martial arts films.

In Hong Kong the wuxia genre gave way to a more basic form of martial arts movies, the kung fu (another name for wushu) movie that many of us are more familiar with. This genre began well before World War II with the now legendary Shaw Brothers, whose production company was the largest in Southeast Asia. We typically associate martial arts with wushu movies. The characters who have starred in such movies include notables like Bruce Lee, Jet Li, and Jackie Chan.

Whether it is classic Chinese wuxia movies such as Hero or the recent popular tribute to Hong Kong kung fu movies, Kung Fu Hustle (2004), audiences young and old will continue to marvel at the feats of these talented and disciplined performers. Regardless of the violence in these films, they are still based on the premise that good overcomes evil, and regardless of the training or the skills, martial arts remains an art of self defense.

To Learn More About Martial Arts and Artists

How do they do all that stuff? Martial Arts Trickz contains videos, photos and insider information on how some of the more remarkable stunts are achieved.

Don't try this at home...unless you know what you're doing. About Martial Arts and The World's Martial Arts Information Center will help you find professional instruction, training tips, supplies, and chatrooms for like-minded martial arts enthusiasts.

What's going on with martial arts and artists throughout the planet? The Martial Arts Worldwide Network has the answers. Along with further history about the development of this specialized brand of self defense, you can view profiles of prominent martial arts experts and celebrities.

Looking for a martial arts movie to rent? Go to Internet Movie Database, and in the left hand pull-down menu, go to "Plots". Type in "martial arts" and hit Enter. This will generate a list of every film and documentary in which martial arts is part of the plot. You can narrow your search further by typing in "kung fu", "aikido", "karate", "judo" or "jujitsu", or if you prefer, conduct your search via names of specific actors-Jackie Chan, Jet Li, David Carradine, etc.-who have popularized this form of sport and mental discipline.