There are certain movies that you can almost always come across on your TV dial during the holidays. Here are just a few that may already be part of your family holiday traditions:

Although updated versions of the movie have been released, the classic version of Rudolph that appears on screens every holiday season was first seen in 1964. Generation after generation has fallen in love with this story of a reindeer who runs away from home after his parents and peers make him feel bad about his red, glowing nose. An encounter with Santa, in which his nose saves Christmas, teaches everyone a lesson about embracing differences.

Frosty The Snowman first aired in December, 1969, and like Rudolph, it has aired every holiday season since. The plot of the movie involves Frosty trying to save the girl who made him after she took him to the North Pole to try to stop him from melting. The weather is too cold for her, so Santa steps in, takes her home and offers Frosty a home in the North Pole.

Comparatively, A Christmas Story is a relatively new movie. Released in 1983, TNT has turned this movie into a holiday standby by showing it on repeat for 24 hours, starting on Christmas Eve. The story of a boy whose dream gift is one that his mother fears will shoot his eye out and trials and tribulations of family life in the 1950s has become a beloved part of many holiday gatherings.

Combining the humor audiences have come to expect from the Griswolds with some touching family moments, Christmas Vacation offers some comedic relief from the more saccharine Christmas fare. Although not always appropriate for the whole family, it's often a welcome distraction for the older crowd.

This 1947 movie featuring a department store Santa that just might be the real thing has somehow managed to stand the test of time and remain an annual TV must-see every Christmas season. Though the movie has been colorized, the black and white version is the one that often makes it to the TV screens.

It's a Wonderful Life

Though this 1946 film is set against the backdrop of the Great Depression, it remains a feel good holiday classic and reminder of the importance of loved ones. This classic movie tends to pop up a few times during the season. It has also been colorized. However, the black and white version is the one most commonly shown.

How The Grinch Stole Christmas

This animated holiday favorite, based on the Dr. Seuss book of the same name, comes with a message about the meaning of the season. After the Grinch tries to steal Christmas from the Whos of Whoville, he is touched and changed by their generosity and forgiveness. 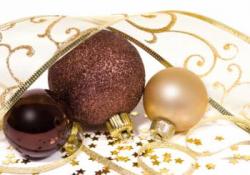 Where can you turn if you have grown tired of the usual holiday TV movie rotation? TV networks are always adding new holiday movies from the theaters onto their schedule, plus some networks are in the business of making their own holiday films. Here are a few places you can indulge your holiday movie habit: