People will pay good money for the film industry to make them laugh. This was true in Charlie Chaplin's first silent slapstick comedy and is still true as people watch Will Ferrell's modern-day gross-out antics. However, what makes people laugh on the big screen has evolved from being squirted with a garden hose into several sub-genres of comedic styles.

Comedy has been around for a long time. Even before it was ever recorded in history, you can be sure someone tripped over a log and everyone laughed. However, the first record of comedy as a theatrical production dates back to the 4th Century in Ancient Greece. Therefore, in the grand scheme of things film comedy, which can be traced to 1895 with The Sprinkler Sprinkled, is a fairly new genre.

In the early days of comedy, technology was extremely limited. Therefore, comedy was silent, in black and white and typically focused on visual humor, especially the slapstick style made popular by Charlie Chaplin, Harold Lloyd, and Buster Keaton. Charlie Chaplin, seen in several short films and feature films like The Tramp (1915), was known for his signature physical comedy. Buster Keaton's somber expression and ability to do his own stunts made him a household name. Harold Lloyd was famous for his glasses and straw hat and ability to appear like an anonymous, unassuming office worker right up until the moment he was hanging off the hands of a giant clock.

Sound breathed new life into the genre, adding an emotional depth that wasn't seen in the silent film era. Early film stars added satire, comedy of manner (satire of social classes), and political commentary to their original slapstick routines. New players moved the forefront of the stage, so to speak, like Stan Laurel and Oliver Hardy, the Marx brothers, and The Three Stooges.

Laurel and Hardy, with their signature bowler hats, might not have had much to say, but how they said it was hilarious. The Marx brothers, which included Chico, Harpo, Groucho and Zeppo and The Three Stooges, Moe, Larry, and Curly, were stage entertainers that were able to move into film with their comedic slaps and eye jabs. These early comedic geniuses opened the door to the future of film comedy that quickly evolved.

People were paying money to laugh and the film industry knew it. Comedy quickly exploded with new directors, actors, and styles. However, each sub-genre had its birth in a specific decade. 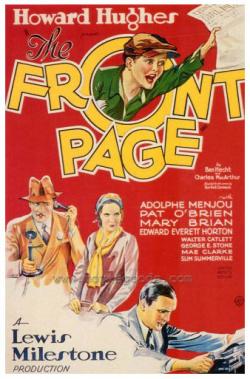 One of the first new styles that emerged with talkie films was the screwball comedy. These escapist films offered patrons relief from the Great Depression and the grim realities of poverty and hardships. Movies like The Front Page (1931) and It Happened One Night (1934) usually involved wacky, almost unbelievable situations and lots of physical humor.

Conformance to the Hays Code, a set strict industry guidelines for what the industry deemed risky or immoral behavior, also brought about wholesome family comedies and romantic comedies centered on relationships. Actors and actresses like Mickey Rooney, Judy Garland, Cary Grant, and Katharine Hepburn, and director Frank Capra gained their fame in this era in films like Babes in Arms (1939), The Philadelphia Story (1940), and Mr. Smith Goes to Washington (1939).

Not to be forgotten, slapstick comedians like Abbott and Costello still stalked the reels with their breed of wit and humor in features like Who's On First. Additionally, with his over-the-topic comedic performances, Jerry Lewis also became a household name, along with his partner Dean Martin. 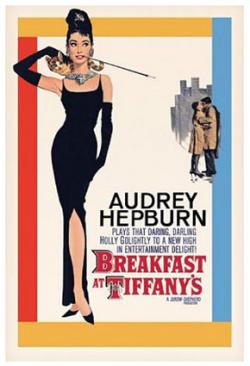 With the end of World War II in the 1940s, the world saw an emergence of sophisticated comedies like Breakfast at Tiffany's in 1961, as well as European comedies. These comedies used satire, word play, and wit to engage the audience. However, these films had to compete heavily with the increased popularity of television sitcoms.

Moving from the squeaky-clean comedies of the 40s and 50s, the 1970s introduced us to manic, quirky comedies like Monty Python and the Holy Grail. Gross-out comedies, aimed to disgust and shock their audiences, found their way into the theaters in National Lampoon's Animal House (1978) starring Saturday Night Live (SNL) comedian John Belushi.

The rise of SNL on television airwaves created a flood of new comedians that moved into the film market. These comedic geniuses, and their witty one liners won over audiences of all ages. Comedy greats of the period included:

In the late 80s, comedy saw a strong comeback of romantic comedies like When Harry Met Sally (1989) and Sleepless in Seattle (1993). These fun, quirky comedies seduced audiences with their quick wit and romantic situations.

John Hughes and his coming of age comedies enticed a younger generation through their depiction of teen parties, rebellion, and romantic situations. Well-known titles included Pretty in Pink (1986) and Ferris Bueller's Day Off (1986). Honestly, who doesn't remember Ben Stein and his iconic "Bueller, Bueller, Bueller."

With Generation Z came a shift in the comedy film demographic to raunchy, gross-out, R-rated comedies like 40-Year-Old Virgin (2005) starring Steve Carell and The Hangover (2009). These comedies used obscene or vulgar jokes and situations to stun the crowd.

Another shift in the genre included parodies that imitate another movie in a lewd, exaggerated way like Not Another Teen Movie (2001), which imitated coming of age films of the last decade. Mockumentaries also began to gain viewers with films like Borat: Cultural Learnings of America for Make Benefit Glorious Nation of Kazakhstan (2006) starring Sacha Baron Cohan. Major comedic players of this generation included Seth Rogan, Steve Carrell, Paul Rudd, and Will Ferrell, to name a few.

Some of the more critically acclaimed titles of recent years include:

In the second decade of the 21st century, the share of tickets sold for romantic comedies has gone down to less than 1 percent, according to The Numbers. However, slapstick, raunchy, and gross-out comedies have maintained a steady following according to the top 25 comedy movies: 2010-2016 from IMDB. Therefore, gross-out and raunchy comedies with debauchery, toilet humor, and bodily functions probably will not be going anywhere anytime soon. However, with the plethora of subgenres including satire, dark, parodies, slapstick, quirky, romantic, and screwball comedies, just to name to name a few, you'll definitely be able to find something to tickle your fancy in the theater in the coming years.