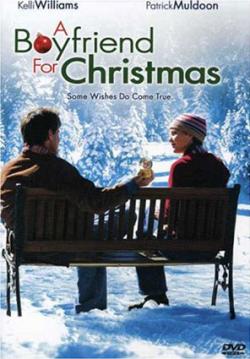 A Boyfriend for Christmas

Whether you're a long-time fan of Hallmark holiday movies or you're interested in finding some new family fare, the following titles all offer great family viewing for Christmas.

This film follows main character, Holly, who wishes for a boyfriend at the age of 13. Years later, a career-driven Holly is still without a boyfriend when a man appears on her door promising to be her holiday boyfriend wish come true. A Boyfriend for Christmas stars Kelli Williams, Patrick Muldoon, Charles Dunning and Bruce Thomas.

A take on the Dickens classic, Carol is a generally unhappy and rude person due to her upbringing with her aunt. Aunt Marla comes to haunt Carol and warn her about the error of her ways. As a result of the haunting, Carol becomes benevolent and educates her audience on the spirit of giving during the holidays. A Carol Christmas stars Tori Spelling 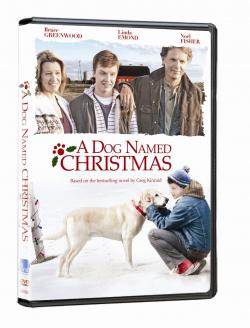 A developmentally challenged 20 year old named Todd persuades his family to adopt a dog over the Christmas holidays. His father George is particularly wary of the idea, but over the course of the holidays they not only learn how to love the animal but also learn about themselves and their relationships to each other. A Dog Named Christmas stars Bruce Greenwood, Linda Emond, and Noel Fisher.

Bert, an ex-movie star, has never met his granddaughter until his estranged daughter has a car accident. The only living relation, Bert is called upon to look after the nine year old Becca over Christmas. He takes her to school, cooks for her, and ultimately develops a bond between them that they will both remember for the rest of their lives. A Grandpa for Christmas stars Ernest Borgnine and Juliette Goglia.

Worried that her jailed sister's children will be put in a home, Emile Dalton loads them into a car and drives off. She doesn't know where she is going. Her only goal is to save the children. Eventually they come upon a small town that not only welcomes them, but treats them to a Christmas to remember. A Season for Miracles stars Carla Gugino, Kathy Baker, David Conrad, Laura Dern, Patty Duke and Lynn Redgrave. 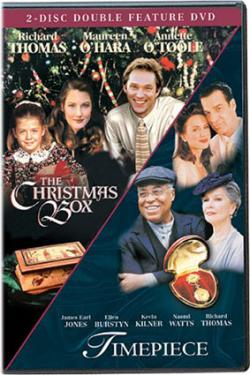 The Christmas Box tells the story of an overworked dad who is stressed by his job and the holiday season. Living in a mansion with a crotchety old woman, he begins to have nightmares of a box. The old woman comes to him and explains the history of the box, the mansion, and the spirit of Christmas itself. A prequel to the film called Timepiece tells the story of the old woman, Mary, and her background in time. These films star Richard Thomas, Annette O'Toole and Maureen O'Hara.

Touched by a Christmas Card message while posted in Afghanistan, U.S. soldier Cody Cullen returns to the States determined to find its sender. His search takes him to Nevada and to the beautiful Faith who is engaged to the not-so-pleasant Paul. Should Cody repress his true feelings and leave or stay and win Faith's hand? The Christmas Card stars Edward Asner, John Newton, Alice Evans, and Lois Nettleton.

With his wife Suzy just back from the hospital, Duncan decides to buy her the perfect present - a Ferris wheel, the ride that they were on when he first proposed to her. This time instead of taking her to a theme park he wants to put a Ferris wheel in his backyard. It is an idea unpopular with his neighbors. Christmas in Conway stars Andy Garcia, Mandy Moore, and Cheri Oteri.

After Maggie's fiance leaves her at the altar, she packs in her big city job and opens a toy shop in a small town. It is here that she meets and falls in love with Mark. Mark, however, has another woman in his life - a six year old deaf girl called Holly. Can he make room in his life for a love interest without compromising his relationship with his niece? Christmas with Holly stars Mauralea Austin, Adam Baldwin, and Naomi Blackhall-Butler.

In this classic tale, Terry is an LA lawyer who returns to his childhood home in Maine after the death of his father. If he had expected a relaxing few months away from the stress of the courtroom, he is sorely mistaken. The reasons he had left the town in the first place are still there, including his old flame Katherine. The couple challenges each other to forget the past and rekindle their feelings for one another. Fallen Angel stars Gary Sinise and Joely Richardson. 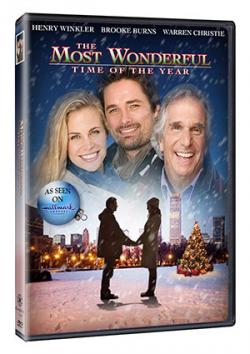 The Most Wonderful Time of the Year

On his way to visit his niece Jennifer for Christmas, Ralph meets a 30 year old chef called Morgan. The two have an instant connection and Morgan persuades Jennifer to have him over for Christmas. Ralph however has an agenda. He knows that Morgan's positive outlook in life is just what Jennifer needs to take her out of her current slump. The Most Wonderful Time of the Year stars Brooke Burns, Henry Winkler, Warren Christie, and Connor Christopher Levins.

Vanessa, a writer, returns to her hometown to read her book November Christmas to the children at the local library. She tells the story of how when she was deathly sick, her father and the rest of the town made a valiant attempt to move Christmas to November, just for her. November Christmas stars Sam Elliott, John Corbett, and Sarah Paulson.

In a plot reminiscent of Groundhog Day, Pete has to repeat the same Christmas Day until he gets it right. The difference between this and Bill Murray's 1993 blockbuster is that Pete is a fourteen year old child and the person he has to impress is not a beautiful young TV producer, but his grandpa. His goal is to create a Christmas every bit as special as the Christmases his grandpa remembers with his now deceased wife. Pete's Christmas stars Bruce Dern and Zachary Gordon.

Business brings widower Christy Byrne and his two children to New York City where he meets artist and widow Catherine O'Meara. Neither of them really notice each other until a crisis brings them together. For the first time since the death of their respective partners they rediscover the meaning of life. Silver Bells stars Anne Heche, Tate Donovan, and Michael Mitchell.

The Hallmark Channel has been offering original, made for television Christmas movies for years, with many of them becoming fan favorites. Each year they air several new titles along with those from years past. Many of the channel's movies are heartwarming stories of the human condition, and can usually be counted on to evoke an emotional response in viewers.

Most of the movies can be bought on DVD or rented online. Hallmark also has a selection of films that can be watched for free on their website.

One of the things that Hallmark does best is to combine passionate stories of humanity with a happy ending, so it is a natural fit for the network to produce enjoyable holiday movies. If you're looking for some fun and heart-warming family films this Christmas season, turn to Hallmark for a great variety of movies.