Famous movie producers aren't as well known as actors and directors. This is because many people don't understand the producer's role. Even producers themselves have different opinions about exactly what they do.

What is the Producer's Job?

Would you recognize a famous movie producer if you saw one? Chances are you wouldn't because producers work mostly behind the scenes. Producers are ultimately responsible for several aspects of movie-making. This includes having creative input, hiring directors and other crewmembers, working with the studios, raising money and being involved in marketing and advertising.

Some producers focus on producing throughout their careers. It is more common, however, for directors and actors to take the producing role. They may do this on their own films to have greater creative control, or to give creative input to films directed or acted by other people. Steven Spielberg, for example, is most famous for directing films such as Jaws, E.T., Raiders of the Lost Ark, Jurassic Park and Schindler's List. What some people don't realize is that Spielberg has also been a producer on movies such as Letters from Iwo Jima, Transformers and Men in Black.

The following are only a sampling of the many famous Hollywood producers. These four were chosen because of their commercial success and because their careers focus on producing.

Jerry Bruckheimer is a famous producer and arguably the most successful ever. His projects have grossed over $11 billion. Bruckheimer was born in Detroit, Michigan. His first career was in the advertising industry in New York. While working, he heard about an executive at his firm who left to start a career in Hollywood, so he decided to do the same.

After a decade of producing several small films, he teamed up with fellow producer Don Simpson and created Don Simpson/Jerry Bruckheimer Productions. They received attention for producing Flashdance in 1983. The production of Beverly Hills Cop in 1984 garnered even more attention for the duo. It was the production of Top Gun in 1986, however, that made Bruckheimer and Simpson famous. It also helped start the era of the blockbuster movie.

Bruckheimer continued his success by producing films such as: 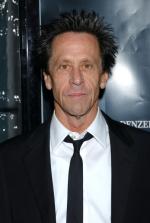 Brian Grazer is a prolific producer, having produced over 100 movies and television shows. He is known in the industry for being tenacious and has no fear of rejection. His tough and demanding business persona is the opposite of his films, however. Most of what he makes has a wholesome nature, at least by Hollywood standards.

Brian got his start as a television producer. He made a splash into the film side of the industry, literally, with the movie Splash in 1984. Shortly after this, Brian teamed up with director Ron Howard to create Imagine Entertainment. Imagine produced movies such as Parenthood, Kindergarten Cop, Backdraft and My Girl. Brian Grazer received critical success with Apollo 13 in 1995, which was nominated for Best Picture. Imagine Entertainment finally won the big prize with A Beautiful Mind in 2001, which won Best Picture for Grazer and Best Director for Howard.

Other movies that Grazer has produced include:

Frank Marshall began his career as a line producer in the early 1970's. He quickly became an associate producer, but it wasn't until Raiders of the Lost Ark in 1981 that he became a full producer. The success of Raiders led to the creation of Amblin Entertainment, a joint venture involving Marshall, his wife Kathleen Kennedy (also a producer) and Steven Spielberg. Before Marshall and his wife departed from Amblin in 1991, they produced movies such as:

Frank Marshall continued to produce movies after leaving Amblin, though he took a few years off during the 1990's. Later in his career, again working with his wife, he produced The Bourne Identity, Seabiscuit, The Bourne Supremacy and The Sixth Sense. He has been nominated four times for Best Picture but has never won an Oscar.

You may not recognize the name, but chances are you have heard of his movies. Arad is the CEO and President of Marvel Studios, the entertainment division of Marvel Enterprises, the creators of Marvel Comics. The company was near bankruptcy when Arad decided to turn the comic book hero Blade into a movie in 1998. The film helped Marvel become profitable again and led to Hollywood's current comic book obsession.

The list of movies Avi Arad has produced or executive produced is impressive. Some of the titles are:

He will also be producing the upcoming films Iron Man, The Incredible Hulk, X-Men Origins: Wolverine, Captain America and Spider-Man 4.