These Disney films have a down-and-out character trying to overcome great odds in order to fit in. Along the way are many obstacles, both tangible and intangible. Get inspired by these movies to face the bullies in your life or share them with little ones to open a discussion about bullying they may experience in their own lives. 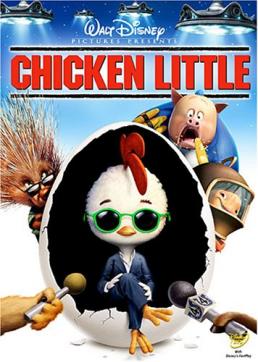 He's tiny, he's smart, and he's afraid of a little debris falling on his head. Worse than that, he's the target of school bullies. Chicken Little and his motley crew of friends get made fun of, picked on, and ridiculed all because they are different. They're also teased because Chicken Little thinks the sky is going to fall, of course. This doesn't help his case any, and the whole town is lambasting him, which embarrasses his father.

Roger Ebert observed, "He is shamed and humiliated. His friends loyally stand by him; they would be the goths, nerds, geeks and outsiders in a human town." As in real life, they help cushion the pain of bullying. Chicken Little is your basic movie about trying to fit in but no matter what he does, the situation gets worse. Being a Disney movie, the actual situations are more humorous than lesson learning.

Sky High is a high school for superheros and sidekicks. The Commander's son has officially started school but has one problem: he has no superpowers. Because of that, he gets thrown into the crowd of sidekicks, or "Hero Support." Being the Commander's son does not have its benefits. Warren Peace, the son of the man the Commander put in jail, is his arch-enemy; two Sky High bullies pick on him and his friends, and an overzealous gym teacher (played by Bruce Campbell) treats them all like dirt.

Common Sense Media warns there are some intense bullying scenes, including a child's head being dunked in a toilet and kids getting beaten up. However, bullying is shown for the evil thing it is, and bullies do not win in the end. The main theme of Sky High is you have to rise up to the challenge as you face many obstacles. Sounds like a Zen thing to think, or even a warrior's creed. When the hero gets his superpowers, he uses them to do just that.

Like a live action Chicken Little, Max Keeble's Big Move is about Max Keeble, a little kid with a big, sarcastic heart. In order to stay even slightly competitive with the bullies who razz him, he uses his brains to outsmart them. When Max's parents tell him they are moving, he decides to get back at all those bullies. Unfortunately, all his successful plans go awry when his parents tell him they aren't moving after all, and he must prove himself once again by standing up to those same bullies.

The New York Times warns of sadistic behavior in the movie, but unfortunately that is the case for most bullies. It also reports the school bully Troy McGinty goes so far as to toss poor Max into a bin of garbage. In the first part of the film, Max also has to endure being doused with mud, covered in sawdust, and having his lunch money stolen. He ultimately prevails, though, and peace is restored to his young life.

As a bewitching movie that tackles bullying on multiple levels, Hocus Pocus is a Disney movie with a lot of heart. Teen bullies Jay and Ernie torment siblings Max and Dani Dennision. The brother and sister move to Salem with their family and soon find themselves the victim of bullying. However, when Max meets a girl he likes, he misfires when trying to impress her and accidentally brings back three quirky witches.

Unfortunately, the witches also chase and bully Max and Dani, but good wins out in the end. The O.C. Register sang the praises of the movie over 20 years after its initial release, although it cautions families of some curse words and scary scenes, as well as bullies in graveyard who ask the heroes for "hash" and other things. TV Guide also points to a problem of having mixed moods from the dark back story of the bullying witches. It's rated PG, but parents may want to screen it if their younger kids get scared easily. Hocus Pocus is ultimately a family film with a bite. 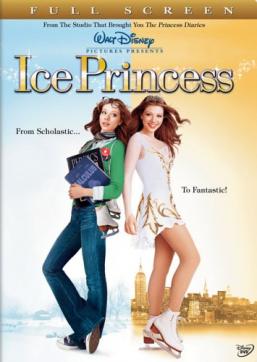 Being smart does have disadvantages, especially if all you do is put your nose to the book all the time and are focused on figuring out what you are going to do ten years in the future. When a special project for a college entry interview surfaces, the main character is forced to use her book smarts and develop social skills in order to overcome the demeaning insults of those who think they are better than her.

She is different and being different is a common theme in Disney films that feature a heroine overcoming bullies. She learns how to treat friends, have fun, and live for the moment as her adventures are revealed in Ice Princess. Plugged In cautions the film has mean girls doing spiteful things, but it does reassure parents they are vilified for their cruel actions.

Although a love story is at the heart of Cinderella, first the kind and courageous heroine has some major bullies in the family she has to contend with. Her two step-sisters and even her stepmother make no attempts to hide their contempt for Cinderella. They even get physical and rip apart the dress Cinderella and her mice friends have created.

Cinderella's method of handling the bullies is keeping her eye on the prize. When a fairy godmother steps in to help Cinderella attain her heart's desire, the bullies can no longer hold her back. They try one more time to suppress Cinderella, but she perseveres once again and lives happily ever after.

Both the 1950 classic animated film and the 2015 live action retelling of the Cinderella story are important Disney flicks. Cinderella is abused by her stepfamily in both stories, and she perseveres with kindness and courage. Vanity Fair even pointed out that, in the modern age of bullying, "the resilience Cinderella shows in the face of abuse" is extremely useful for today's kids.

A fat camp is the backdrop to Heavyweights. For years, Camp Hope has catered to overweight kid with hopes of weight loss and good nutrition. In reality, the camp is like Club Med: a relaxing retreat. When an aggressive entrepreneur (Ben Stiller) buys the camp in order to film a weight loss infomercial using the kids as guinea pigs, they are deceived, lied to, and bullied into doing what the businessman needs.

The kids have to team up and figure out how to expose the evil man before he completes what he wants to do. The heavyweights plan jokes and scheme an elaborate plan to let everybody know what the deal is. In true Disney fashion, Heavyweights follows a tried-and-true formula of kids empowering themselves after being bullied. They plan the attack and ultimately get even with bullies.

In a Refinery 29 article to commemorate the 20th anniversary of the movie, the strength of the boys in the face of constant bullying is celebrated. That's the takeaway parents and kids can glean from the film that presents unconventional heroes who save the day and win the hearts of viewers. In Disney films, the bullies are not going to win, and there is a satisfying sense of justice to that.

Don't Forget to Enjoy the Show

It's a good idea to talk about bullying issues when they come up in these films. In a world where one in five kids will be a victim of bullying, it's important to address the problem directly. You can enjoy these Disney movies while also teaching your children about the serious nature of bullying, and what they can do to empower themselves against bullies.