Disney Christmas movies have entertained children and adults for generations. The films are filled with passion, whimsy and holiday spirit and while some may have a slightly off-kilter comic aspect, all the films are popular Christmas classics. Gather up the kids, snuggle down on the couch and enjoy!

Jim Carrey is the ultimate Scrooge in this animated version of A Christmas Carol, with other voices by Gary Oldman, Colin Firth and Bob Hoskins. The film used motion-capture and 3D technology, making the classic tale a holiday staple. Jim Carrey even won a Kids' Choice Award for Favorite Voice From an Animated Movie. Rated PG. 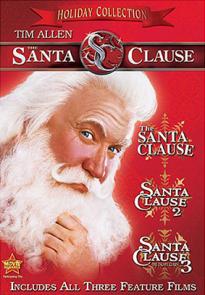 The popular Santa Clause series follows Scott Calvin (Tim Allen) and his son Charlie as they navigate the tricky world of Santa.

All three films are rated PG.

This film tells the story of Ginny (Mary Steenburgen), a mother whose family has been struggling through hard times and who no longer believes in Christmas. But soon, Gideon the Angel appears to help her see the true wonder of Christmas. One Magic Christmas won a Young Artists Award for exceptional family entertainment, and it still warms family hearts. Rated G.

Michael Caine as Ebenezer Scrooge joins with the Muppets to tell the holiday classic tale and show viewers the true meaning of Christmas. The Muppet Christmas Carol is a colorful romp through Christmas Eve, and enduring lessons in love. The film's soundtrack was nominated for a Grammy Award. Rated G.

I'll Be Home for Christmas

Staring Home Improvement's Jonathan Taylor Thomas and Seventh Heaven's Jessica Biel, I'll Be Home for Christmas follows Jake Wilkinson, a college student who doesn't want to go home for the holidays until his father offers him a bribe. The resulting adventure teaches Jake something about the importance of respect, love and family. Rated PG. 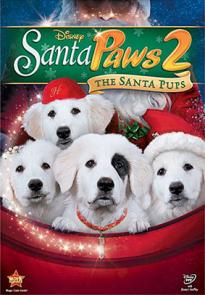 In this collection, there is no better combination than Christmas, Santa and very cute puppies. ​

All three films are rated G.

In My Friends Tigger and Pooh: Super Sleuth Christmas, Winnie the Pooh, Tigger and all of their friends work to save Christmas after a lost reindeer from Santa's sleigh wanders into the Hundred Acre Woods. One of Santa's toy sacks is missing too, and that could mean Santa might cancel Christmas! So, the search is on and the friends head to the North Pole to save Christmas Eve. This 45-minute animated film is rated G.

Starring Mickey Mouse, Donald and Goofy, the films follow the gang through holiday adventures, including trying to convince Goofy's son that there really is a Santa, helping Donald Duck stop reliving Christmas over and over (just like Groundhog Day!) and finally, watching Mickey and Minnie learn some lessons in selflessness via the Gift of the Magi. The movies are available to purchase together as a set. Rated G. 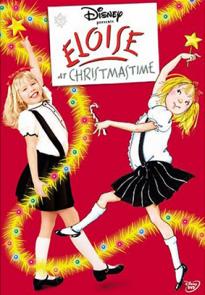 Who doesn't love Eloise? In this holiday spree, Eloise and her nanny (voiced by Julie Andrews) help the holiday season along with gift giving to new friends, a turtle rescue, surprises such as saving a young woman from marrying the wrong groom, and a Christmas wedding! Rated G.

Eloise at Christmastime has won awards including:

What do you do when your holiday trip goes awry, your luggage is lost and you have to sing and dance holiday carols to pay for your supper? You make it work and keep the season's spirit alive. Good Luck Charlie, It's Christmas is based on the Good Luck Charlie Disney Channel series. The unrated film is suitable for all ages and teaches about humor, goodwill and patience.

Ed Asner plays a counterfeiter who dresses as Santa and escapes from jail on Christmas Eve. He is mistaken for the Jolly Elf by two children, and the bad guy decides to use the children to find his illegal loot. But the holiday takes hold in this tale about kids, faith, and changes of heart. Although not rated, The Christmas Star is suitable for family viewing. Asner and the great Rene Auberjonois make this a film adults will appreciate as well.

Beauty and the Beast: The Enchanted Christmas 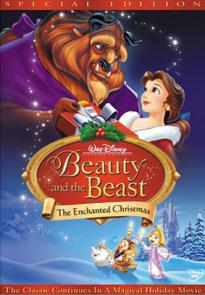 In this sequel to the classic Disney fairytale film, Beast bans Christmas from his kingdom because that is the time of year when he was placed under the curse. But Belle, Mrs. Potts and the rest of the Beauty cast help Beast understand the true beauty of the holiday. Rated G.

Beauty and the Beast: The Enchanted Christmas won two World Animation Celebration Awards for Best Direct to Video Production and Best Director of Home Video. The film also features a wonderful collection of original music which hit the Billboard charts.

A Mom for Christmas

What to do when you wish for a mom and suddenly a department store mannequin comes to life? Why, you enjoy Christmas -- until you learn that "mom" has to leave after Christmas Eve! Starring Olivia Newton John, A Mom for Christmas is a laughter and tears movie with a special ending for all. Rated G.

Anxious, animated elves Wayne and Lanny are helping Santa on his Christmas rounds with their attempts to guide the reindeer and sleigh to safe landings, fill stockings, and save the day when North Pole secret technology is stolen. This collection features two films: Prep and Landing, and Prep and Landing: Naughty Vs. Nice. Both are rated G.

Nick Wrigley (Bryan Cranston) is being sought by bad guys, so he dresses as Santa and hides at his brother's house. Then, he manages to steal Santa's time-stopping machine and deliver the gifts himself, all the while stealing from sleeping families - until he begins to understand the Christmas spirit of course. The film is not available for purchase, however it does often turn up on television during the holiday season. 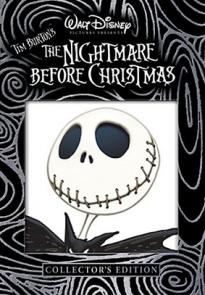 Director Tim Burton offers his own distinct take on Christmas, which is not all about snow and reindeer. The Nightmare Before Christmas follows Jack Skellington, the Pumpkin King, who discovers Christmas Town and tries to introduce the holiday's concept to Halloween Town, a place of ghouls, ghosts and well-meaning monsters. Rated PG.

This holiday favorite was nominated for and won many awards, including:

Sometimes a good idea turns out to be a bad one. In The Ultimate Christmas Present, two teenage girls think that hijacking a snow making machine is good idea. That is, until they are chased by a seven-foot elf, start a blizzard in San Francisco, and are tracked by an angry weatherman. This film is unrated, but suitable for family viewing.

An unexpected holiday classic, Ernest Saves Christmas features Jim Varney as Ernest P. Worrell, a well-meaning but clumsy guy who helps Santa find someone to fill his shoes after Santa retires. The movie is filled with numerous pratfalls and laughs as only Ernest can deliver them. Rated PG.

Disney is adept at tapping into Christmas traditions, introducing new traditions, and blending old favorites with new characters. Add a few of these films to your seasonal collection and enjoy them year after year.