Walt Disney had big dreams for his animated movies, and they all came to fruition. Although it didn't start out easy for him, he and his characters hold precious memories for adults and children alike. His hand-drawn characters will not be forgotten, but more recent computer animated characters also hold a special place in people's hearts. Disney's work is a timeline. You can watch the notable characters develop in style from the past to the present. Here are some of our favorites.

Mickey and Minnie Mouse first made their animated appearance together in the black and white, short film, Plane Crazy in 1928. Goofy debuted as a Disney character in 1932 along with the infamous Donald Duck in 1934. Donald's girlfriend Daisy came along in 1937.

Beauty and the Beast

This classic Disney tale of Beauty and the Beast has been told and retold time and again. Disney's 1991 film adaptation of the fairy tale went on to win a number of Academy Awards, including Best Song and Best Original Score. The animated classic was also nominated for a Best Picture, but lost to The Silence of the Lambs.

Toy Story released in 1995 introdced the characters Woody, voiced by Tom Hanks, and Buzz Lightyear, voiced by Tim Allen, among many others. The animated film grossed $373.6 million at the box office. With sequels two and three under their belt, a fourth is planned for 2019.

This 2008 Disney-Pixar film Wall-E was a huge undertaking, requiring 125,000 storyboards. Most animated films average around 75,000. Wall-E and his friend Eva were a huge success for Disney-Pixar, earning over $520 million worldwide.

Finding Nemo is one of Disney's most successful animated films, earning nearly $865 million. It's so popular, it even has its own submarine ride at Disneyland. The film featured the voices of well-known actors, such as Albert Brooks as Marlin, Ellen DeGeneres as Dory, and Willem Dafoe as Gill.

The story of Cinderella is a fairy tale classic. The oldest version dates back to the 1st Century B.C. Disney released the first Cinderella film in 1950, an animated classic with Cinderella, her fairy godmother, the mice who love her, and her evil stepsisters.

Disney released Aladdin in 1992. It was the most successful animated film of the year, earning $504.1 million worldwide. Two more straight to video films followed, The Return of Jafar and Aladdin and the King of Thieves.

The Princess and the Frog

Tiana, from The Princess and the Frog, is Disney's first African-American princess. This sweet and hard-working woman is inspirational because she is independent, strong, kind, and talented. Who doesn't like a great love story? Tiana's is quirky, sweet, and fun!

Who can forget the infamous balloon scene in the 2009 Disney film, UP? Ed Asner voiced Mr. Fredricksen and eight-year-old Jordan Nagai was the voice of Russell. The two are immersed in the journey of a lifetime, befriending a giant bird Russell names Kevin. It was a movie that both made you laugh and tugged at your heart-strings all at the same time, and the crowd loved every minute of it.

Brave, released in 2012, was a whirlwind of a story with Merida and her family in the center. Merida's red hair and defiant nature really stands out. Grossing more than 540 million at the box office, Brave was a big hit. Merida was actually the first Disney princess to not have or pursue a love interest. This shows girls all they need to do is love themselves and their family, and sometimes that's enough.

Tangled, released in 2010, is loosely based on the the storyline of Rapunzel. Flynn Rider, also known as Eugene Fitzherbert, unknowingly saves Rapunzel from her tower while he is running from the law. Maximus, the royal family's lead horse, is after Flynn Rider for his crimes but also protects Rapunzel throughout her journey.

Frozen, released in 2012, grossed over $1.200 billion at the box office, making it the highest grossing film in animation. Elsa, her sister Anna, Kristoff, Prince Hans, the reindeer Sven, and the friendly snowman Olaf have made their way into everyone's hearts, never to be forgotten. One thing many fans liked was that true love wasn't between a love interest, but rather two sisters who would do anything to keep each other safe. It's enough to melt the frost off of even the coldest hearts.

Sweet and happy Joy kept Riley's spirits high at all times in the movie Inside Out. When Riley was going through some tough times, Joy kept her going with her undying spirit, even when she teamed up with an unlikely partner, Sadness.

Disney Characters in the Past, Present, and Future

Disney has been a reliable source of family entertainment since the late 1920's. Over the years technology has changed, but Walt Disney's dream of cartoon movies has only gotten better. All the lovable characters children have grown up with remain household staples. These charters show kids anything is possible and in the end, good always triumphs over evil. It will be exciting to see what else Disney has up its sleeves in coming years. 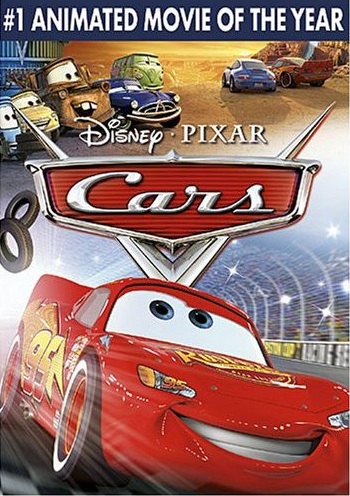 Up Next
The Movie Cars Characters
View previous slideshow again