Comic books and graphic novels have served as tremendous source material for a number of full length motion pictures, pulling viewers into fictional worlds populated by superheroes and dastardly villains. Some comic book movie adaptations have been more successful than others, both at the box office and among critics. Focusing of films based on English language comic books, these movies are some of the best that Hollywood has had to offer.

Bringing multiple superhero franchises into one cohesive narrative, the Marvel Cinematic Universe (MCU) consists of a number of feature films all produced by Marvel Studios. The MCU extends even further with television series' like Marvel's Agents of S.H.I.E.L.D. and Jessica Jones. The characters all exist in the same world and on the same timeline.

The first movie in the Marvel Cinematic Universe, Iron Man (2008) stars Robert Downey, Jr. in the titular role. Tony Stark of Stark Industries is a wealthy businessman and technology-minded engineer, transforming into the superhero Iron Man when he puts on the red and gold suit. While in the powered exoskeleton, Iron Man can sustain significant physical damage, shoot energy blasts out of his hands, and fly at incredible speeds.

The culmination of Phase One from the MCU, Marvel's The Avengers (2012) sees the first formation of the superhero team. Iron Man, Hulk, Thor, Captain America, Hawkeye and Black Widow team up with Nick Fury as the Avengers to face the larger threat of Thor's brother Loki (played by Tom Hiddleston), working to prevent him from taking over the Earth with his extraterrestrial army. 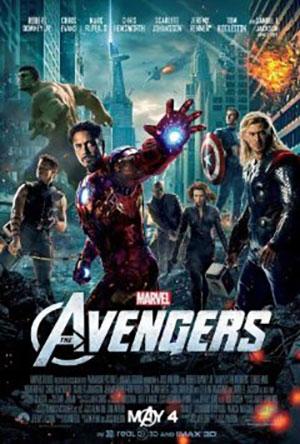 The second Captain America movie in the MCU, The Winter Soldier (2014) features the revelation that Bucky Barnes (played by Sebastian Stan), a friend of Steve Rogers (Captain America), was captured during World War II. He was subsequently subjected to brainwashing and experimentation, being unleashed into the world decades later as an assassin for the evil Hydra criminal organization. 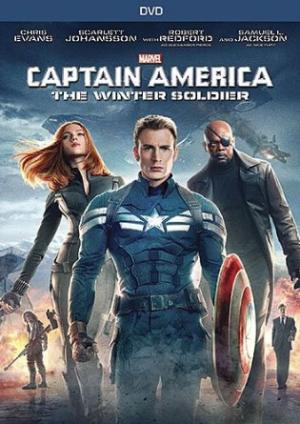 Guardians of the Galaxy

Extending the MCU to characters not normally associated with the Avengers, Guardians of the Galaxy (2014) follows the intergalactic adventures of a haphazard team of misfits led by human criminal Peter Quill (played by Chris Pratt). The team also consists of a gun-wielding raccoon, a talking tree, a green female warrior and a powerful brute with a simple mind in a film that combines action with comedy.

Whereas characters like Thor and Hulk are well known among general audiences, the character of Ant-Man is comparatively more obscure. The 12th movie in the Marvel Cinematic Universe, Ant-Man (2015) stars Paul Rudd as Scott Lang. He is a systems engineer who discovers a suit that grants him super strength and other abilities while simultaneously shrinking him down to insect-like proportions. 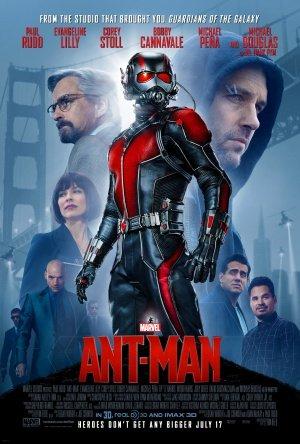 Marvel Beyond the MCU

Marvel has been responsible for an incredible array of stories in its over 75 year history, but not all movies based on these comic books are a part of the Marvel Cinematic Universe. Other studios have had and continue to have licensing deals in place to feature these superheroes and other characters.

Rebooting the Spider-Man trilogy starring Tobey Maguire, which ran from 2002 to 2007, The Amazing Spider-Man (2012) recast Andrew Garfield as Peter Parker, the young man who is bitten by a genetically altered spider and transforms into a web-slinging superhero. Dr. Curt Connors, who turns him into the Lizard, is attempting to spread a mutation serum among the people of New York and Spider-Man must stop him. 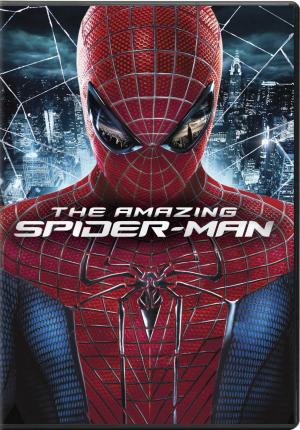 Whereas the first X-Men trilogy by Sony Pictures featured the mutant superheroes mostly in their adult form, X-Men: First Class (2011) depicts the early origins of the X-Men team with a young Professor Charles Xavier (played by James McAvoy). Teaming up with and training other young mutants like Havok and Beast, he faces off against a criminal organization known as the Hellfire Club, which also consists of individuals with mutant abilities. 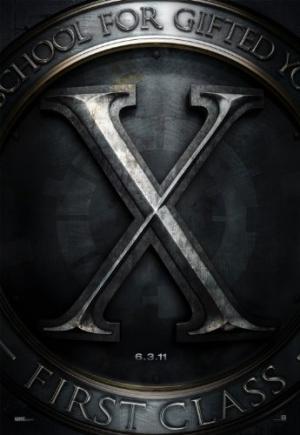 Following the first Blade movie from 1998, Blade II (2002) continues the vampire-slaying adventures of half-human, half-vampire Blade (played by Wesley Snipes). He reluctantly forms an alliance with the international vampire community to face an even greater threat: an advanced strain of vampires known as Reapers, which are faster, stronger, hungrier and more powerful than regular vampires.

Several superhero teams have been featured in the pages of Marvel comics over the years. Fantastic Four (2005) highlights the origins and adventures of Mr. Fantastic (played by Ioan Gruffudd), the Invisible Woman, the Human Torch and The Thing. They gain their superhuman powers after contact with cosmic energy clouds in outer space. In the film, they face off against new arch-nemesis Doctor Doom. 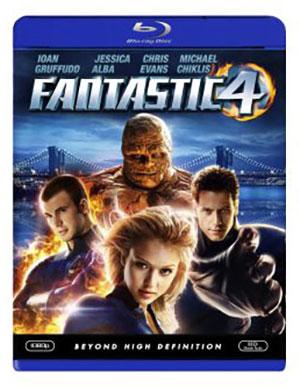 Quickly rising to become the highest-grossing R-rated film of all time, Deadpool stars Ryan Reynolds in the title role, the same Marvel superhero he played in X-Men Origins: Wolverine, but in a representation much more faithful to the comic book source material. Featuring crass language and over-the-top violence, Deadpool follows the revenge tale of Wade Wilson who becomes horribly disfigured following scientific experimentation. 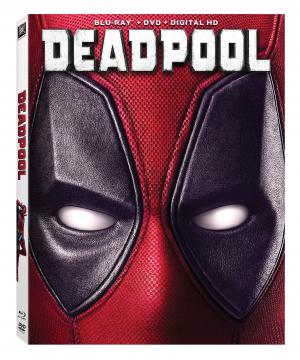 As big a juggernaut as Marvel may be, it is certainly not the only source of material for movies based on comic books and graphic novels.

Following the iconic 1960s live action television series starring Adam West, director Tim Burton provided an entirely different view on Gotham City and the Caped Crusader in Batman (1989). With Michael Keaton playing the masked hero, Batman must defend the city against an insane criminal mastermind known as the Joker. This spawned several sequels, including films where Keaton was replaced first by Val Kilmer and later by George Clooney. 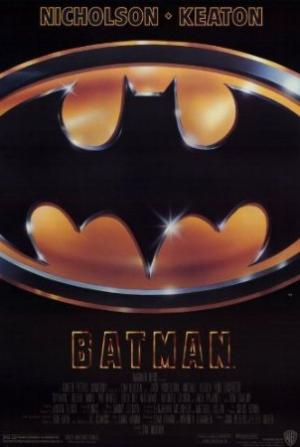 The second film in a trilogy that rebooted the franchise, The Dark Knight (2008) is given a decidedly darker atmosphere by director and producer Christopher Nolan. Played by Christian Bale, Bruce Wayne is once again the orphaned millionaire playboy who dons the Batman persona to fight crime in Gotham City. He is antagonized by the wildly unpredictable Joker. The film also portrays the origins of Two-Face, the man previously known as politician Harvey Dent.

In this sequel to the first Superman movie released in 1978, the iconic DC Comics superhero is once again played by Christopher Reeve. Superman II (1980) sees the unintentional release of three Kryptonian criminals. General Zod, the leader of the group, forces the President of the United States to kneel before him. This unfortunately takes place after Superman loses his powers so he can lead a normal life with love interest Lois Lane. 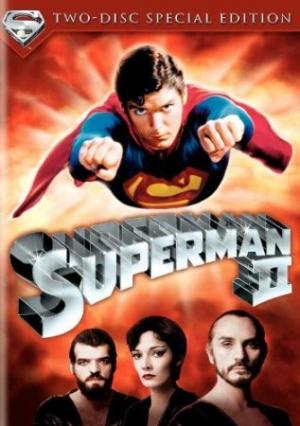 Set in a fictional depiction of the 1980s, Watchmen (2009) is a superhero movie with film noir inclinations. A number of vigilante superheroes, many of whom don't actually have any real superpowers, go into hiding after the public becomes increasingly disapproving of their actions. The masked Rorschach, played by Jackie Earle Haley, uncovers a potential conspiracy to kill all former members of the Watchmen. 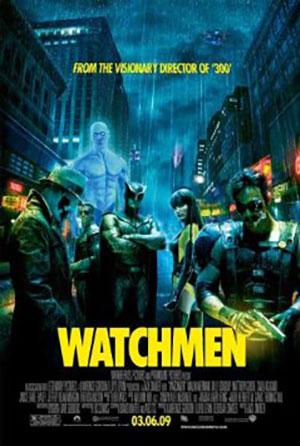 Based on a graphic novel published by Dark Horse Comics, Hellboy (2004) features an unlikely superhero in the form of a demon child that arrived on Earth through an interdimensional portal opened by the Nazis in 1944. He is rescued by the Allied Forces and cuts off his devilish horns in an effort to remove himself from his apocalyptic origins and to further his fight on the side of good.

Scott Pilgrim vs. the World

A much more humorous and light-hearted take on the comic book movie genre, Scott Pilgrim vs. the World (2010) is based on a series of contemporary graphic novels by Bryan Lee O'Malley. Michael Cera plays Scott Pilgrim, a socially inept slacker who must do battle with the seven evil exes of love interest Ramona Flowers. His life is like a video game, complete with earning "coins" when he defeats an evil ex. 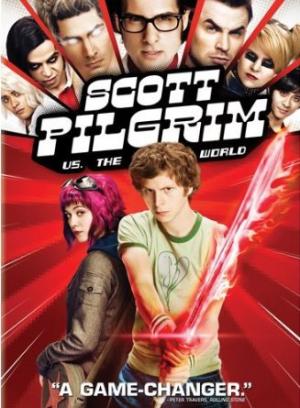 Scott Pilgrim vs. the World

With a highly stylized depiction of the historic Battle of Thermopylae, 300 (2007) is based on a graphic novel and stars Gerard Butler as King Leonidas. He leads his army of 300 Spartan warriors against an invading army of several hundred thousand Persian soldiers, which are led by their "god-King" Xerxes. The original visual style sets much of the action in a bronze hue, highlighted by crimson blood as the battle rages on. 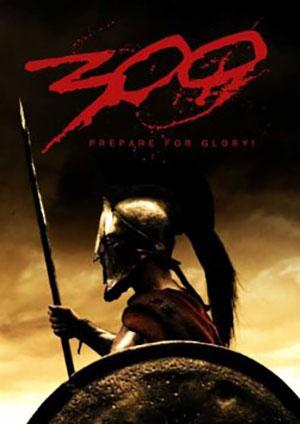 While many children were introduced to these "heroes in a half shell" through the original animated TV series that started airing in 1987, the original comic books were first published by Mirage Studios starting in 1984. The popularity of the ninja turtles was further bolstered by the first live action Teenage Mutant Ninja Turtles movie in 1990. The film presents their origin story and their initial confrontation with villain Shredder.

Starring Will Smith and Tommy Lee Jones as Agent J and Agent K, respectively, Men in Black (1997) is a loose adaptation of a series of comic books of the same name by Lowell Cunningham. The title secret organization has been tasked with monitoring the behavior of alien creatures who are living on Earth, keeping their identities secret from the human world at large. The movie follows the agents as they track down a rogue alien who has stolen a powerful artifact. 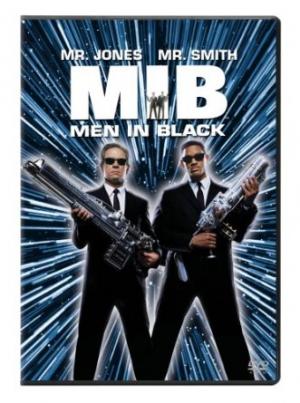 Featuring a striking black and white aesthetic with strategic highlights of bold color, Sin City (2005) weaves together multiple narratives from characters who live in crime-ridden Basin City. Each of the stories is taken from one of the graphic novels in the series created by Frank Miller, including The Hard Goodbye and The Big Fat Kill. The violence is obscene and gratuitous. 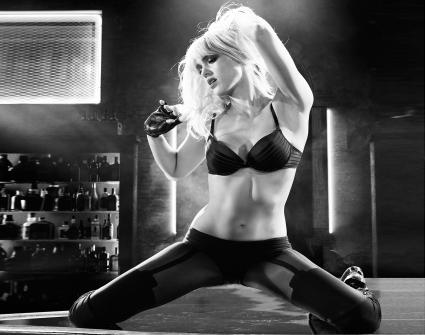 Bringing the Pages to Life

As a visual medium, comic books have thrilled readers for decades. Many movies have been inspired by this source material, opening up worlds, characters and stories to brand new audiences. With the ongoing expansion of the Marvel Cinematic Universe and with many more comic books yet to be discovered, moviegoers will have much to look forward to for years to come.