Bollywood actresses are becoming increasingly popular not only in Bollywood, but also all around the globe as international cultural icons. These actresses are amongst the most beautiful and talented in the world.

The Actresses of Bollywood

Like its American counterpart, Bollywood thrives on the appeal of its movie stars. As Bollywood movies are gaining worldwide popularity in addition to the staggering numbers they already put up at home, Bollywood actresses are becoming more like Hollywood actresses every day. Today there are websites with photo galleries, PC and cell phone wallpaper, and pin-up posters for sale, all featuring these beauties.

In a culture that absolutely loves its movies the actresses must have more than just looks; they need talent as well. Bollywood film roles often require their stars to perform comedy and drama, as well as sing and dance. Not surprisingly, some of the most famous and best paid actresses embody all of these desirable traits.

While most of the most popular actresses aren't yet household names in the United States, they have legions of devoted fans in India and a growing fan base in the rest of the world. 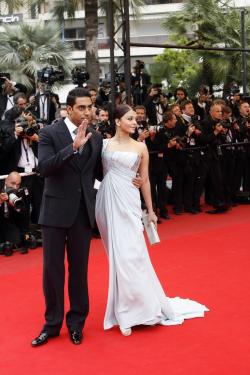 Winner of Miss India and Miss World in 1994, Aishwarya Rai has starred in such films as Iruvar, Jeans, Devdas, and Dhoom 2. She married Bollywood actor and producer Abhishek Bachchan, son of legendary Bollywood personality Amitabh Bachchan, in 2007. Just as Hollywood has celebrity couples like Brangelina (Brad Pitt and Angelina Jolie), this Bollywood couple has come to be known as Abhi-Ash. She speaks several languages, including English and Hindi, as well as Tamil, Bengali and Telugu. This has aided in her versatility as an actress.

An Indian-born Bollywood beauty, Rani Mukerji seems to have been born with her sights set on fame. Her father is a retired film director and a co-founder of Filmalaya Studios, her mother was a playback singer, her brother is a film producer and director, and her cousin and aunt are active actresses. She has lived up to her impressive pedigree having earned five Filmfare awards among several other awards, nominations and accolades. Her acting prowess is supplemented by her formal Odissi dance training. 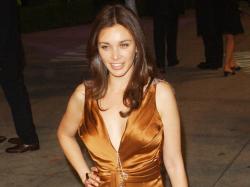 A rarity in Bollywood films, Lisa Ray is not of Indian or even Middle Eastern descent. Born in Canada, Ray was originally pursuing a career in journalism when she was approached to start a modeling career instead. She appeared in international ad campaigns for companies like Sprint, L'oreal, DeBeers, and others before launching her film career in Bollywood's Kasoor in 2001. She is delicately balancing a Bollywood and Hollywood career; in fact, she was even in the film Bollywood/Hollywood. 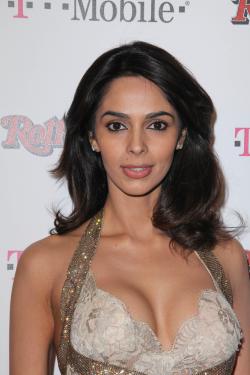 Cited as one of Bollywood's hottest sex symbols, Sherawat was the first Indian woman to get an offer to appear nude on the cover of Playboy magazine, but she turned it down. Born Reema Lamba, Sherawat changed her name in 2003 to stand out in Bollywood. She has starred in such movies as Pyaar Ke Side Effects, Double Dharmaal and Dasavathaaram. She has also attempted to cross over into Hollywood with movies like Politics of Love.

Born in Copenhagen, Denmark, Deepika made her acting debut in the 2006 Kannada movie Aishwarya. Prior to her acting career Padukone was better known as a model, working with several of India's top brands such as Close-Up toothpaste and the Jewels of India jewelry show. Her film credits include Love Aaj Kal and Desi Boyz. Her father was legendary badminton star Prakash Padukone and Deepika followed in his footsteps to play state level badminton to the 10th standard. She never considered it as a professional career choice, opting for modeling instead.

Better known simply as Asin, Asin Thottumkal has appeared in many Bollywood movies as well as Tamil films. Her first movie was Narendran Makan Jayakanthan Vaka, a 2001 film by Sathyan Anthikkad. This was a Malayalam film, sometimes referred to as Mollywood as it is better known for realistic portrayals rather than extravagant presentations. Asin's first Bollywood film was Ghajini in 2008. The multilingual Asin speaks Tamil, Telugu, Sanskrit, French, English, Hindi and more. 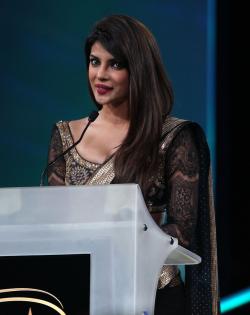 Winner of the Miss India and Miss World pageants in 2000, Chopra first appeared on the scene as a model, but quickly followed up with an acting career in Bollywood. The stunning actress has appeared in such Tamil and Bollywood movies as Thamizhan and Andaaz; her performance in the latter earned her the Filmfare Award for Best Female Debut. She has since gone on to win three more Filmfare Awards for her work in Aitraaz, Fashion, and 7 Khoon Maaf.

Although very well known for appearing in several Indian films, Katrina Kaif was actually born in Hong Kong and is a British citizen. She has a Caucasian mother, an Indian father and seven sisters. She got her start with modeling at the age of 14 in Hawaii, before moving on to modeling in London and later in India. The initial challenge with her movie career was that she was not fluent in Hindi, but she has taken both Hindi and dancing lessons to boost her career path. Katrina works in India with an employment visa, and has starred in such Bollywood films as 2003's Boom, as well as 2008's Singh is Kinng. She was also in Ek Tha Tiger, on of the highest grossing Bollywood movies to date.

Bollywood movies may be well known for their great music and complex dance numbers, but Bollywood actresses have a lot to do with their success too. Indeed, with a rapidly shrinking planet, the stars of Bollywood are starting to get international attention, broadening their appeal to Hollywood and beyond. They're no longer names known only to the citizens of India; they're reaching for international stardom.