Avatar movie characters are some of the most detailed characters in any of James Cameron's movies. This 2009 film was one of the most groundbreaking films of the decade. Using advanced special effects and CGI (Computer generated imagery,) techniques, Avatar transported audiences into the futuristic world of Pandora, where alien life has been discovered. The technology allowed by CGI let Cameron create real life actors into Na'vi natives via computer animation techniques.

About the Avatar Movie Characters

The characters in Avatar are well-developed and each have unique quirks, personalities, and character traits. The diverse cast makes the film engaging and rich in detail. At IMDB.com, a full list of characters and their biographies can be found, along with a lot of other information about the film, such as earnings, trivia, goofs, and soundtrack information. Some of the main Avatar movie characters are as follows, though those who have not seen the movie might want to be aware of possible spoilers that could ruin the movie's plot details:

The Actors Behind the Characters 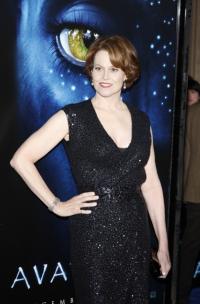 Avatar had a very talented cast, ranging from well-known actors to a list of unknowns. The diversity of the cast, along with the eye-popping digital effects and script, helped make Avatar so successful . Cast members include:

As of 2010, Avatar was the highest grossing film in the history of film making. It was the fifth movie to break the one billion mark at the box offices in America, and its total earnings have been recorded at $631 million. The film's universal themes and story have made it one of the most popular movies of the decade. The Avatar movie characters are some of the most recognizable characters of 2009.