If you've got children from the ages of three to ten, you've probably already been bombarded with questions about when all their favorite 2006 kids' movies are due out. Listed here, you will find a few of my…I mean…my kids' favorites.

Happy Feet is a comic adventure set in the depths of Antarctica. It plays on the popularity of March of the Penguins by featuring the lives of, you guessed it, penguins. The story centers on Mumble, a tap dancing phenomenon who also happens to be the worse singer in the Emperor Penguin community. This is definitely a problem because it is through song that penguins find their soul mates.

This animated story features the voices of such names as: 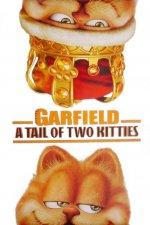 Garfield: A Tale of Two Kitties

Having already replaced the first Garfield DVD twice, this household ranks Garfield: A Tale of Two Kitties as the top must-see 2006 kids' movie. Thankfully, it releases in June 16, so our wait is about over.

In ''Garfield 2", Jon takes Garfield to the UK, where Garfield is mistaken for the royal kitty. The two orange cats and a cast of four-legged accomplices turn the country on its proverbial ear, and of course, there is lots of lasagna.

Breckin Meyer returns in the role of Jon Arbuckle, Jennifer Love-Hewitt plays Dr. Liz Wilson, and Bill Murray delights us as the voice of Garfield.

Another June 9, 2006 kids' movie release is the Disney Pixar movie Cars, which is perfectly timed for the NASCAR craze that is sweeping the nation. In Cars, Owen Wilson provides the voice of Lightning McQueen, a cocky young race car who crashes in Radiator Springs, destroying a lot of personal property. His actions earn him a community service sentence, which goes totally against his policy of not working. Lightning eventually learns to tone down his cocky ways and to show proper respect of the community's inhabitants, including the likes of:

Manny, Sid, and Diego return for a thawing adventure in this sequel to the 2002 Disney box office hit Ice Age. In this animated follow up, the Ice Age is coming to an end, and the friends explore the changes to their world, which is now filled water parks and geysers, only there is one problem. Their valley is destined to flood, and the animals must find a way to escape the impeding danger.

If you haven't visited the official website, make a point to do so with your kiddos on your lap. They are sure to go crazy for the goofball graphics.

The year is expected to end with a family favorite. Wilbur the pig returns with his eight-legged friend Charlotte in the newest remake of the children's classic, Charlotte's Web. Zuckerman's barn is filled with the heartwarming sounds of cows, chickens, and let us not forget, pigs and spiders. Another generation will learn the valuable lessons of loyalty and friendship with the voices of such favorites as:

This is just a sampling of what you can look forward to in 2006. The theatres and DVD stores are filled with timeless Classic Movies, many of which are designed to make you cry, but more often they are meant to make you smile. Take your kids to some of the current releases. You may be surprised how many of them also join the ranks of the classics and become lifetime favorites to be viewed again and again, long after your children have outgrown stuffed animals, Legos, and tricycles.