Strawberry Shortcake has been drawn in different ways over the years, but her look was fairly consistent for the first 16 years. The look that's now referred to as Classic Strawberry Shortcake among fans has the character wearing ringlets, a pink hat with a strawberry on top, a frilly red dress with a white pinafore, fluffy bloomers, green and white striped tights, and brown shoes. Classic Strawberry also has a fuller face and body than later versions. The following videos feature this version of the character. 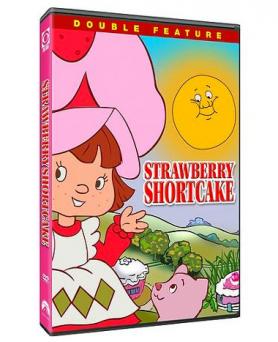 Strawberry Shortcake made her film debut in 1980's The Wonderful World of Strawberry Shortcake. It provides an introduction to Strawberryland, where the character lives with her friends and Custard, her beloved cat. The story starts with preparations being made for Strawberry's sixth birthday, and adventures ensue around her birthday gift.

Strawberry's second film was Strawberry Shortcake in Big Apple City. This 1981 film follows the fun hijinks that occur when Strawberry and her friends visit a big city that is clearly inspired by New York City. Grown-ups will appreciate little in-jokes regarding the city, such as Spinach Village as a nod to Manhattan's Greenwich Village.

Strawberry Shortcake and the Baby Without a Name

Originally created by Nelvana as a television special that aired in 1984, Strawberry Shortcake and the Baby Without a Name was later released on VHS tape. It was directed by Arna Selznick, and this story builds on the characters and relationships that were established in previous specials. The plot is a fun one: Things start out looking great for Strawberry and the gang as they head out for their annual summer camping trip. In fact, Strawberry even greets two new friends, Peach Blush and a baby who has yet to acquire a name. However, trouble soon ensues thanks to the baby and a creature that everyone fears is a monster. Some genuinely funny moments happen organically as the sweet friends sort out their problems.

Although Strawberry Shortcake and the Baby Without a Name is currently out of print, you can find used copies online and in local secondhand stores.

The classic version of the Strawberry Shortcake character also appeared in several other movies. Although out of print, the following classic videos are available on used VHS tape from sites like eBay and Amazon.

In March of 2003, a new version of Strawberry Shortcake was introduced to the public in an animated series that was released direct to video. Strawberry had a slightly more modern look, although it had a country feel. She wore short, straight hair instead of ringlets. She also kept things more casual with jeans and a striped, long-sleeved T-shirt. Her pink hat had a berry print on it. Dozens of episodes of this version of Strawberry Shortcake were released on VHS and DVD. 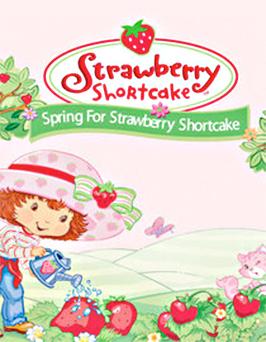 The chill in the air and the cold winds make Strawberry Shortcake fear that spring isn't going to come around in this 2003 movie. She enlists the help of Orange Blossom and Ginger Snap, her best friends, to join her on a journey to discover what happened to spring. They discover that Spring simply isn't up for the job, and it's up to Strawberry and the gang to convince her otherwise in Spring for Strawberry Shortcake.

The Christmas special Berry, Merry Christmas, was the third to be released in the 2003 series. In this fun tale, Strawberry and her good friend Honey Pie Pony have adventures when they go in search of Christmas presents for their friends. The Berry, Merry Christmas DVD includes an exclusive music video for Berries of Life, a song that's featured in the film. 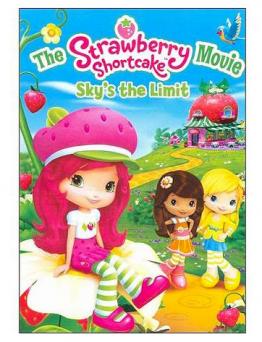 Kids who love a good mystery will especially enjoy Strawberry Shortcake: Berry Bitty Mysteries. This 2013 DVD includes three episodes of the mystery series: Nothing To Fear But Berries Themselves, Where, Oh Where Has My Blueberry Gone? and Lost And Found. These episodes were made in 2010, and they feature the modern version of Strawberry and her friends. The Walmart DVD release included a special puzzle to celebrate the 35th birthday of Strawberry Shortcake.

Strawberry Shortcake: Berry Best Friends brings on the girl power. This 2014 direct-to-DVD movie celebrates the friendships that Strawberry shares with pals like Orange Blossom, Plum Pudding, and Blueberry Muffin. They learn how important it is to be there for your friends, but they also learn the important lesson that it's okay to say no sometimes, too. Strawberry is voiced by actress Anna Cummer in this film. The Strawberry Shortcake: Berry Best Friends DVD comes with special features like a printable coloring page and a free digital copy.

Get Ready for Berry Fun

Strawberry Shortcake has been a beloved character for almost 40 years now, and artists just keep changing her with the times. In addition to enjoying both past and recent movies, you're likely to see more DVD releases of this fun character in the future.