Belle is the heroine of Disney's beloved, Oscar-winning animated film Beauty and the Beast. At 17 years old, she is a strong young woman who devours every book she can get her hands on and dreams of life beyond her "provincial" town. Belle knows what she wants and isn't afraid to go for it, and the character was specifically written as a feminist by Linda Woolverton.

The Beauty of Belle

Although Belle seems to be named after her own beauty, she seems quite unconcerned about her physical appearance. Nevertheless, her beauty is observed by townspeople and expressed several times in the movie, and it is, of course, a part of the film title itself. Little girls who have tried to emulate her for over 25 years appreciate her inner and outer beauty.

If Belle looked a bit familiar to you, consider whether you have seen The Sound of Music, The Wizard of Oz, or Meet Me in St. Louis. The character's physical appearance was modeled on Judy Garland as well as Julie Andrews in The Sound of Music. Katharine Hepburn's portrayal of Jo March in Little Women also inspired the creators of Belle.

Belle's intelligence is matched only be her vivid imagination. Belle's devotion and love for her father lead her to defending her father against the Beast. She has an open heart, and she transforms inside nearly as much as the Beast changes throughout the film. She is the first princess to accept a former antagonist as her love interest.

Her love of fairy tales is portrayed earnestly without giving a hint of awareness of the fact she is a character in a fairy tale, herself. She has a wealth of compassion and patience with others, but she isn't afraid to stand up for her own opinion and feelings. She demands respect and wants to be taken seriously as the complex young woman she is.

Music That's Fit for a Princess

The performance of the song Belle is the part of the film where the audience learns the innermost thoughts of Belle and the way others in town perceive her. It starts by establishing that life in town is very much the same on a day-to-day basis, and Belle expresses her desire for something more than a humdrum, routine existence. She finds comfort in books, while the townspeople seem to find comfort in judging the misfit teenager. In the same song, Gaston reveals plans to marry the girl who seems to have nothing in common with him.

The tender way Belle and the Beast fall for each other is captured in Something There. The depth of their love is portrayed in the song Beauty and the Beast.

Many have noted Belle has a depth that is special among Disney princesses. Howard Ashman was the lyricist for Beauty and the Beast, and he wrote many of Belle's touching numbers from his deathbed while he was battling AIDS. 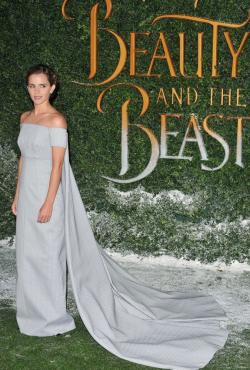 Emma Watson at Beauty and the Beast Event

The character of Belle was most recently brought to life in the 2017 live action adaptation of Beauty and the Beast starring Emma Watson, Dan Stevens, Luke Evans, Audra McDonald, and Kevin Kline. It has also been very successfully adapted for the Broadway stage and a Disney on Ice version of the story.

In addition to Beauty and the Beast and its two sequels, you can see Belle in several other Disney films and shows. The character has a cameo in The Hunchback of Notre Dame and The Lion King 1 ½. She can be seen alongside other princesses in the upcoming Ralph Breaks the Internet: Wreck-It Ralph 2. The character of Belle even made an appearance at the 64th Academy Awards ceremony in 1992 where she joined fellow characters Beast and Chip to present the award for best Short Film (Animated).

Belle's other appearances include Descendants, Descendants 2, Mickey's House of Villains, and Belle's Tales of Friendship. She was seen in television shows like Sofia the First and Once Upon a Time. Belle appeared in video games such as Belle's Quest, Kingdom Hearts, Roar of the Beast, and Disney Princess: My Fairy Tale Adventure.

Paige O'Hara provided the voice of Belle in Beauty and the Beast, Beauty and the Beast: The Enchanted Christmas, and Belle's Magical World. In 2011, she received the Disney Legend Award for her work as Belle. That same year, Julie Nathanson took over doing the voice of Belle, but Paige subsequently continued to do promotional appearances for the movie. As it turns out, Paige returned to her role as Belle for the 2018 Disney movie Ralph Breaks the Internet: Wreck-It Ralph 2.

Julie Nathanson provided the voice of Belle for the Kinect game Disneyland Adventures. She also voiced Belle for Disney Princess: My Fairytale Adventure, Sofia the First, and Disney Infinity 3.0.

Emma Watson, who is best known for her iconic role as Hermione in the Harry Potter movies, portrayed Belle in the 2017 live action Disney film. She turned down the lead in La La Land so she could focus on preparing to portray Belle.

The character of Belle inspired countless children around the world since the film debuted in 1991. TIME has declared her to be Disney's first feminist princess, and she has made a lasting mark as a strong heroine who expressed herself as she saw fit, stood up for herself when needed, and ultimately embraced all that life had to offer her.