Disney villains are despised by children who champion their favorite Disney heroes, but they have some redeeming fun qualities. Merchandise as varied as USPS postage stamps and socks celebrates these mischievous characters. The villains gave Disney heroes a real run for their crown, castles, and glass slippers!

In The Little Mermaid, Ursula takes full advantage of all the poor, unfortunate souls who are desperate for her help. Based on the sea witch in the original story by Hans Christian Andersen, Ursula has no qualms about such evil deeds as turning people into polyps when they fail to meet the impossible terms of their contracts.

Ursula convinces Ariel to trade her voice for a pair of legs. She tells Ariel that she has three days to win the love of Prince Eric as part of the arrangement. However, Ursula knew she would sabotage any chances the mermaid had to win her prince's love, making her a truly evil villain in the Disney empire.

Captain Hook created all kinds of mayhem for Peter Pan in the original Disney animated film Peter Pan. Also known by his full name of Captain James Bartholomew Hook, this angry villain is motivated by a desire for revenge. He has a hook for a hand in the first place because mischievous Peter Pan cut off Captain Hook's real hand and fed it to a crocodile.

Although Captain Hook's motivation may be understandable, his dastardly acts aren't. In the 1953 Disney animated film, he is murderous and puts a bomb in Peter Pan's hideout. The character originally appeared in J. M. Barrie's play Peter Pan. In this tale, he was most sinister when he was being most polite. He may have been a passive-aggressive sort of pirate in the book, but he's a humorous but evil in the movies. Among the Disney films featuring Captain Hook are Peter Pan, Return to Never Land, Mickey's House of Villains, The Pirate Fairy, and Mickey's Magical Christmas.

As the villain of The Princess and the Frog (2009), Doctor Facilier is also known as the Shadow Man. He is a witch doctor who does something particularly sinister for a Disney film. He murders a beloved main character. When Ray the firefly tries to save Tiana and Naveen, Doctor Facilier has no problem casually killing him. Ray risked everything for his friends, making the witch doctor's killing even more tragic.

Doctor Facilier uses voodoo and friends from the other side to help increase his power. He has transformation magic and the ability to work spells. He often tricks innocent victims into making unfair deals with him, using his ability to see their past and future against them. He is remorseless and sadistic about all his evil deeds.

Cruella was picked by the American Film Institute for one of the top film villains in cinema history. It's easy to see why. A willingness to kill dogs so easily marks Cruella De Vil as a cruel character in 101 Dalmatians (1961). She wants to kill 99 adorable dogs to make a fur coat out of their skin. While she may be fashion-obsessed and trendy in her own mind, she is greedy, sarcastic, selfish, and single-minded in her attempts to take the puppies for slaughter.

One mention of this vivacious villainess's name, and you may hear the song in your head that describes her in a rather unflattering light. The lyrics of the song that boasts her name include, "If she doesn't scare you, no evil thing will." 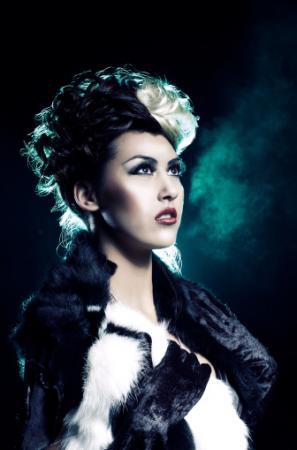 "Off with her head!" The Queen of Hearts is known for this brutal declaration in Alice in Wonderland, and she is a dark villain who is determined to make sure everything goes her way in Wonderland. When it isn't her way, she has no problem with trying to kill Alice. She is impulsive and turns murderous when her mood changes.

As the cold-hearted ruler of Wonderland, her subjects live in fear of her and try to appease the Queen of Hearts every chance they get. In addition to Alice in Wonderland, she is in Disney's House of Villains and Mickey's Magical Christmas: Snowed in at the House of Mouse. 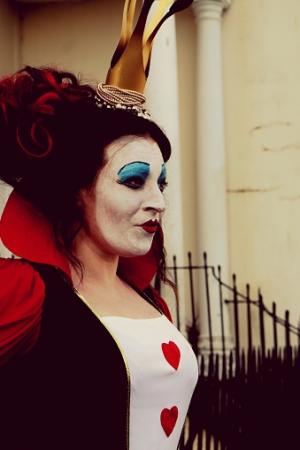 Scar is a lion who's lacking in prowess but strong in bitterness in Disney's The Lion King. As his name might suggest, Scar is a damaged individual who is torn apart by jealousy. His brother Mufasa is the king. Once Simba is born, Scar's bitterness grows. Since Simba is now next in line after Mufasa instead of Scar, the villainous lion enlists the help of some mean hyenas as he plans to overthrow Mufasa and rule Pride Rock.

Smart and manipulative, Scar lacks empathy. He is so evil he kills his own brother in his quest for power and glory. It's hard to get more evil and dark in a Disney film than a character who is willing to kill their family members. In addition to the 1994 animated film The Lion King, Scar appears in The Lion King II: Simba's Pride, The Lion King 1½, and The Lion Guard: Return of the Roar.

The 1950 movie Cinderella introduced audiences to a dark antagonist. As the character who instilled fear in many children facing blended families, Lady Tremaine, known to Cinderella as Stepmother, was not fond of her stepdaughter. That's putting it mildly. When Cinderella is left to Lady Tremaine's mercy after the young girl's father dies, Lady Tremaine turns Cinderella into the family's servant while she spoils her two biological children.

The cruel acts of Lady Tremaine don't stop there. The wicked stepmother's power-hungry ambition knows no limits. She seems to get joy out of torturing Cinderella. She dangles hope in front of Cinderella, only to dash it once again. She does everything in her power to get her daughters Anastasia or Drizella to marry Prince Charming and to make Cinderella's life as miserable as possible.

Jealousy strikes again! The Evil Queen created lots of mayhem in Snow White and the Seven Dwarfs, the first feature-length animated film Disney produced. In the 1937 movie, the Evil Queen, who is also known as the Wicked Queen, freaks out when she is no longer considered the fairest one of all. She schemes to have sweet Snow White killed.

The cruel queen orders the Huntsman to kill Snow White and bring back her heart. The huntsman doesn't want to do this but feels he must. Nevertheless, he has a change of heart and ultimately lets Snow White live. Now even more desperate, the Evil Queen drinks an aging potion to try to trick Snow White into eating the poisoned apple. In addition to the original Snow White and the Seven Dwarfs, The Evil Queen appears in other Disney movies like Once Upon a Halloween, Mickey's House of Villains, Descendants, and Mickey's Magical Christmas: Snowed in at the House of Mouse.

As the villain of Disney's 1967 animated movie The Jungle Book, Shere Khan is a Bengal tiger with a cold heart. He was also the antagonist in Rudyard Kipling's book the film is based on. With a great hatred for humans, Shere Khan threatens to kill any people who dare to come into the jungle. The ruthless, devious tiger is also known as the Lord of the Jungle.

Shere Khan strikes fear in the heart of all the animals of the jungle. He tries to kill Mowgli, but doesn't succeed. The raging tiger descends further into his evil ways In The Jungle Book 2, the sequel made in 2003.

Once a kind fairy, Maleficent is now an evil one in Sleeping Beauty. She has a strong, powerful presence as a tall, imposing figure. Disney's 1959 animated movie introduces audiences to the evil intentions of the character in one of the opening sequences. Motivated by a desire to seek revenge on King Stefan, the mean-spirited fairy appears at the elaborate celebration of Princess Aurora's christening, and she places a curse on the innocent baby.

Disney is not one to shy away from death in kids' movies, and Maleficent places a dark curse on the infant princess. Maleficent explains that, because of her curse, Aurora will die before the sun sets on her sixteenth birthday. Her method of death is grisly and specific. Maleficent promises Aurora will touch the spindle of a spinning wheel and die as a result. In Maleficent, the 2014 live-action retelling of the story that focuses on the villain, she is a more sympathetic character who genuinely loves the cursed princess. 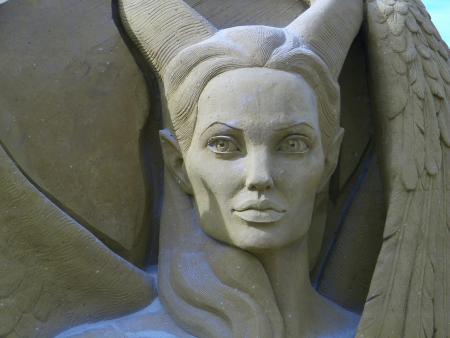 No one's slick as Gaston. No one's as quick as him, either. He's also got the most incredibly thick neck. So say the lyrics of the song with his name in the title from the 1991 Disney animated feature Beauty and the Beast. Gaston is a cruel scoundrel who seems to have as little regard for human life as he does for the animals he casually kills.

Gaston is determined to have Belle's hand in marriage even though she is clearly not interested in the brute romantically. Seemingly bored by all the girls in the village who are mysteriously madly in love with him, Gaston won't give up on the challenge Belle unwittingly creates for him. He's willing to kill her true love and her father to get to her. That doesn't sound like love, and Belle is not about to fall for it. In addition to appearing in the animated movie, Gaston can be seen in Mickey's House of Villains and the 2017 live-action film Beauty and the Beast. 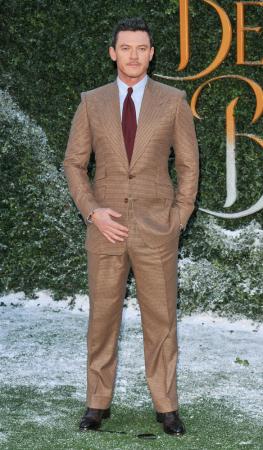 Some villains are a bit less aggressive in their evil-doing, but they are no less memorable.

Disney Villains Through the Years

Disney villains seem to shift through the years. The more recent feature films like Maleficent flesh out some of these villains and show the more humane side of these seemingly inhumane characters.