Disney movies have thrilled generations, but it wasn't until the 1980s that the company made a decision to create original cable and TV movies. Once they did, though, they found a market eager for more original content. Catch up with all of the Disney titles that you may have missed with this comprehensive list of their made-for-television movies.

As with any film company's output, some titles have become more popular than others. These eight movies are some of the Disney Channel's best.

This trilogy of movies focuses on a popular high school basketball star (Zac Efron) and the shy, intelligent new student (Vanessa Hudgens) -- a couple that discover they both share a secret passion for singing. The series made Efron and Hudgens household names and was by far one of the franchise's most popular movie series. High School Musical was released in January 2006, followed by High School Musical 2 in August, 2007. The finale, which was released on the big screen in October, 2008, grossed more than $90 million in the U.S. alone.

Wizards of Waverly Place: The Movie 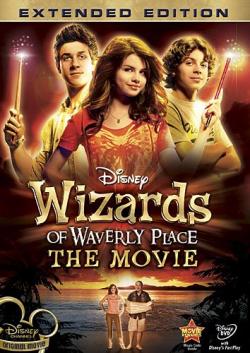 Wizards of Waverly Place: The Movie

Viewers of the TV series fell in love with the mischievous, yet lovable Alex (Selena Gomez) who always seemed to be using the system of wizardry to her advantage -- instead of using it to make the world a better place. In Wizards of Waverly Place: The Movie, Alex wrecks her family's life while they are on vacation when granted a wish that her parents had never met. The movie follows Alex and her brothers, Justin and Max, as the trio tries to undo the damage caused by the spell. When released in 2009 it was cable's second-best performing movie with 13.5 million viewers.

Music and Disney seem to go hand-in-hand and Camp Rock is another of their popular, music-themed movies featuring the then-current talent on their roster -- namely the Jones Brothers and Demi Lovato. The story line is simple: a talented, undiscovered singer is on the outside of the music world, just waiting to be discovered. The story unfolds at a music camp for gifted teens, and once discovered the teen girl hired by the camp to work in the kitchen becomes a singing sensation. Released in 2008, Camp Rock, the first of three movies in the series, was watched by 8.9 million viewers when it premiered. The second movie in the series, Camp Rock Two: The Final Jam, was the largest cable movie release of 2010.

When her small country is taken over by a dictator, a young princess (Demi Lovato) is transferred to rural Louisiana by the Princess Protection Program. The comedy and drama unfolds as the princess learns how to act like a normal American teenager. In the process, the princess gives her American friend and roommate (Selena Gomez) a few lessons in how to act a little more properly. When the movie was released in 2009 it captured 8.5 million viewers making it the year's most-watched scripted title on cable. 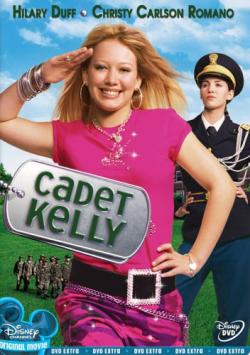 Filmed in Canada, Cadet Kelly follows the life of 14-year-old Kelly Collins (Hilary Duff) whose easygoing life is turned upside down when she is placed in an upstate New York military school -- a move instigated by her mother's new husband. Kelly enlists in the school, where her freewheeling ways immediately offend her militaristic, 17-year-old squad leader, Romano (Jennifer Stone ). The movie premiered with 7.8 million viewers, a high for the network at the time.

The Cheetah Girls follows the ups and downs of the music industry for a four-member teen girl singing ensemble (Raven Symone, Lynn Whitfield, Sabrina Bryan, and Adrienne Bailon) named the Cheetah Girls. The girls attend Manhattan high school for the performing arts and are trying to become the first freshmen to win the talent show. During the talent show auditions, they meet a record producer who wants to turn them into superstars -- and the problems begin as the group starts to unravel. The success of this movie and its sequel prompted a third film. The first two movies drew in 6.5 million and 7.8 million viewers respectively.

Phineas and Ferb the Movie: Across the 2nd Dimension

Perry's worst fear comes true when Phineas and Ferb realize he is Secret Agent P, but that soon pales in comparison during a trip to the 2nd dimension where Perry learns that Dr. Doofenshmirtz is truly evil and successful. Clueless to Doofenschmirtz's real motives, Phineas and Ferb unwittingly help him in his diabolical plan and Perry must find a way to save the world. Phineas and Ferb the Movie was released in 2011 and ranked as cable's number one animated entertainment telecast for the year.

Halloweentown is the first of several Halloweentown films, featuring a benevolent witch named Aggie Cromwell (Debbie Reynolds). During her annual visit to her daughter's home, Aggie reveals that her daughter and grandchildren have magical powers. The three young grandchildren are then sent off to Halloweentown to learn their trade, while Aggie battles with evil forces conjured up by her daughter's old flame, a warlock with a nasty habit of transforming children into zombies. The movie was released during the 1998 Halloween season and was the most-watched basic cable program for the day.

Disney Channel Original Movies address a number of different subjects and often teach a valuable lesson while entertaining viewers. Most of them are also just plain fun.

Disney seems to have found the magic recipe for creating successful films appropriate for tweens and young teens. Just as the company has cornered the market on children's films, so have they attracted the attention of older children and families who enjoy light-hearted fare, often with a message..