There is a large pool to pull from to name the best comedy movies of all time. Some of these are pure comedy, while others are dramas that make you laugh, family films that make you giggle, or romantic comedies that make you chuckle then tear up a little. The end goal is the same: to get you laughing and to leave a smile on your face.

The Best Comedy Movies of All Time

Since personal tastes in humor will vary considerably, a subjective list of the best comedy movies of all time can never be fully conclusive. That said, the following is a cross-referenced list that combines the top 100 comedy movies rated on movie review site Rotten Tomatoes, Internet movie database IMDB's top 250 movies as rated by their users and overall popularity as measured by those two sites. This is as close to a consensus as possible, but this top 10 list is provided in no particular order.

Dr. Strangelove Or How I Learned to Stop Worrying and Love the Bomb (1964) 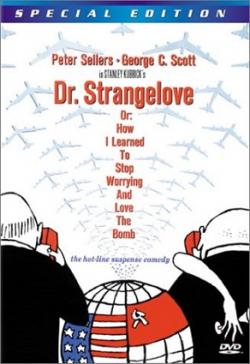 With a rare 100% fresh rating on Rotten Tomatoes, this is widely regarded as not only one of the best comedy movies of all time, but arguably one of the best movies of all time. Dr. Strangelove is Stanley Kubrick's satirical look at the Cuban Missile Crisis and the Cold War. It considers what would happen if the wrong person just happened to push the wrong button at the wrong time. Dr. Strangelove received four Oscar nominations, including Peter Sellers for Best Actor, Stanley Kubrick for Best Director, and Best Picture. 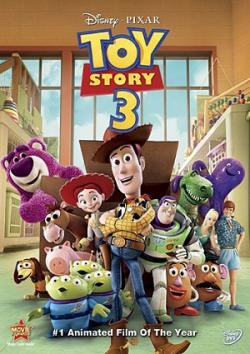 It's rare to find a sequel that is better than the original, but this third entry in the Toy Story series by Pixar is arguably the best in the franchise. Andy's toys were supposed to be stored away in the family attic, but they were sent away to a daycare center instead where they meet other toys who have met a similar fate. The adventure then ensues with Andy's toys trying to make their way back home. Toy Story 3 won the AFI Movie of the Year award, as well as the Saturn Award for Best Animated Film from the Academy of Science Fiction, Fantasy and Horror Films, USA.

There are few comedians better at their craft than Charlie Chaplin and the silent star is at his best here. Renowned critic Roger Ebert was thoroughly impressed with this movie that was listed among the top ten films by the National Board of Review. This is Chaplin's final "silent" film, but it was filled with sound effects that tie in with the plot of the film, where we see his character struggle with living in a modern industrialized society, handling complex machinery. 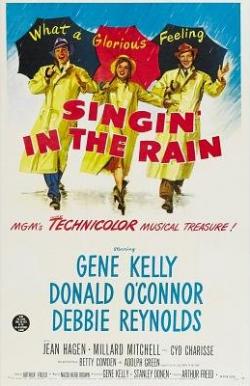 Singin' in the Rain movie poster

This highly regarded Gene Kelly classic also has a 100% fresh rating on Rotten Tomatoes to go along with a solid 8.4 rating on IMDB. Gene Kelly plays movie star Don Lockwood, who has appeared many times as part of a romantic pair with Jean Hagen's character, Lina Lamont. When they transition away from silent film, Lockwood has a brilliant singing voice but Lina does not. She gets dubbed over by newcomer Kathy Selden, with whom Lockwood falls in love. This film was nominated for a Best Music Oscar for its terrific score.

It shouldn't be at all surprising that Charlie Chaplin makes more than one appearance on this list. He defined an era and a genre. Indeed, Sid Silverman of Variety says Chaplin is "the consummate pantomimist, unquestionably one of the greatest the stage or screen has ever known." Chaplin's character falls in love with a blind girl and tries his best to help her and her family through troubled times. 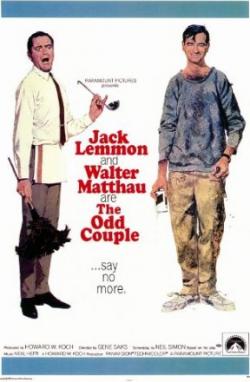 What happens when you take two people who couldn't be more different and get them to share an apartment together? A distraught Felix Ungar, played brilliantly by Jack Lemmon, is urged to move in with good friend Oscar Madison, played by Walter Matthau. The problem is that while Oscar is very casual in his approach to life, Felix is neurotically neat and tidy. "It's just one hilarious situation after another, " says Chuck O'Leary of FulvueDrive-in.com. The film was nominated for a Best Writing Oscar and spawned several follow-up movies featuring the pair of comedians.

This parody of the Airport films of the 1970s has so much humor and funny bits included in the script that you have to watch it several times to be able to catch it all. When all the passengers on a commercial plane fall ill from food poisoning, they turn their attention to former pilot Ted Striker to get them back on the ground safely. Airplane!--which won the Golden Globe for Best Comedy or Musical--made Robert Hays a star and became the movie Leslie Nielsen is most remembered for. While not necessarily playing the same character, Nielsen went on to a highly successful career with movies like the hugely successful Naked Gun series. Just don't call him Shirley. 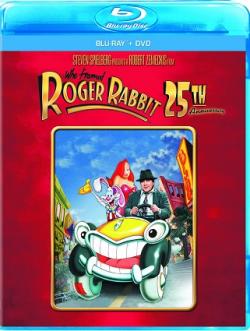 Cleverly combining live action with animation, this Robert Zemeckis film scores an impressive 98% "certified fresh" rating on Rotten Tomatoes. "The $45 million movie," writes Rita Kempley of the Washington Post, "is as cunning as Wile E. Coyote and chipper as a flock of cartoon bluebirds." When Marvin Acme is found dead, animated rabbit star Roger becomes the prime suspect and he turns to real life detective Eddie Valiant for help. The only problem is this detective hates toons. The sultry animated Jessica is also one of the best known characters from this movie.

What happens when Marilyn Monroe and Jack Lemmon share the silver screen? Movie reviewer Sanderson Beck writes, "This original comedy satirizes the bootleg era with its gangsters and creates funny situations with the men pretending to be women while excited by the sexy Sugar Kane." Chicago Reader's Dave Kehr agrees, saying it is "replete with breathless pacing, transvestite humor, and unflinching cynicism." It's no wonder the film won 13 awards and was nominated for 8 more, including winning the Golden Globe Award for Best Motion Picture - Comedy.

Laughter Is the Best Medicine

Taste in humor is a highly subjective thing. Some people may find The Hangover or Austin Powers far funnier than All About Eve or The Odd Couple, for example. Comedy movies may not win as many awards as their dramatic or historical counterparts, but they have endured the test of time and will continue to delight audiences for generations to come.

Comments
© 2006-2021 LoveToKnow, Corp., except where otherwise noted. All Rights Reserved.
Best Comedy Movies of All Time