While Hollywood represented African American children poorly, if at all, in the early days of American cinema, the last 30 years has seen a significant improvement. No longer do these kids have such controversial characters as Uncle Remus, the happy-go-lucky slave in Disney's Song of the South, as a so called role model. Genuinely strong, positive African American characters are now appearing more frequently. The following films are excellent examples of just how far Hollywood has come.

Children will enjoy this updated remake of the 1960s-classic released in 1996 starring Eddie Murphy. This movie combines slapstick comedy and satire with a theme that resonates how important it is to love yourself just as you are. This movie was rated PG-13.

In this comedy, the shy, overweight Professor Sherman Klump invents a formula that turns him into the charismatic ladies-man, Buddy Love. For the first time in his life, Sherman experiences what it is like to feel popular and to win the hand of his dream girl, Carla. Buddy tries to take over Sherman's body for good, but by the end, Sherman realizes his inherently good nature is every bit as attractive as Buddy's good looks and manages to withstand a permanent transformation.

Eddie Murphy's superlative performance lifts The Nutty Professor above the tag of just another African American remake of an old classic (Jerry Lewis starred in the '60s original) and into the realm of classic in its own right. As Edward Guffman states in the San Francisco Chronicle, "for his performance alone it's worth seeing." In the film, the iconic comedian plays, sometimes in the same scene, Sherman, Buddy Love, Sherman's parents and Sherman's grandparents. Perhaps it would have been too much to have played his own love interest. That role he left for the beautiful Jada Pinkett.

Akeelah and the Bee

This is a heartwarming family drama that is enjoyable for all ages. Its theme of love and perseverance shows that your environment does not define who you are. It features a star-studded African American cast including Angela Bassett and Laurence Fishburne. Akeelah and the Bee is rated PG and was released in 2006. 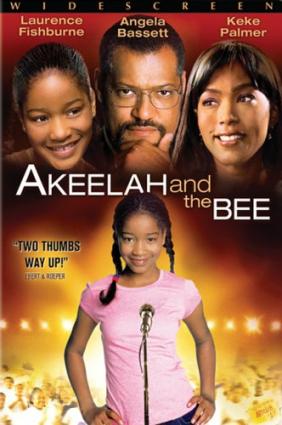 Akeelah and the Bee movie

Just when her tough home life in South L.A. is beginning to affect her behavior at school, 11-year-old Akeelah Anderson surprises herself by winning her school spelling bee. After a further win at the regional contest, she is propelled into the highly competitive world of the National Spelling Bee. Suddenly, on national TV, her view of the world's struggles and triumphs is crystal clear. She knows exactly what she must do.

Akeelah and the Bee is a rarity among African American kids' movies in that it is an original story written by its director Doug Atchison. "The film is a model of how the community can and must support its children with talent," states Marvin X from ChickenBones: A Journal for Literary & Artistic African-American Themes. Additionally, viewers on IMDB liked it enough to rate it 7.5 out of 10.

The Princess and the Frog

This animated Disney retelling of the Brother's Grimm Frog Prince story will have your younger children's eyes glued to the screen. Through its memorable jazz numbers and fun animation, this animated classic shows that with a little drive and ambition, you can make your own dreams come true. Directed by Ron Clemens, this 2009 film is rated G.

Set in 1920s New Orleans, a poor young African American dressmaker called Tiana meets a frog that claims he is Prince Naveem of Macedonia. If he kisses her, it will change him back into human form. Tiana does as he asks, but instead of reversing the spell, it turns her into a frog as well. Together, the two of them form an unlikely alliance as they hop around the city looking for the only person who can help them: The Voodoo Preacher. 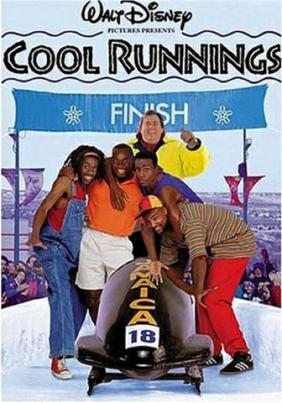 After disgracing himself and his country by putting weights in his team's sleigh to help it go faster, US gold medal winning bob sleigh trainer Irving Blitzer moves to Jamaica and relative anonymity. Or so he thinks. A Jamaican sprinter realizes the only way he can live his dream of competing in the Olympics is in the bob sleigh event and persuades Blitzer to come out of retirement to train him and his friends for the next games. They are never likely to win, or even come near, but as you will soon realize in this fun, heartwarming tale, sometimes life really is just about trying your best.

The BBC sum up this film perfectly when they state that, "Unbelievable this all may be but the considerable warmth, humor and persistence of the cast soon have you rooting for these underdogs." Cool Runnings is the kind of likable film that no matter their mood or the occasion, kids will always have the time to watch. The actors that play the Jamaican characters steal the show with their positivity and humor.

With themes of helping others and the power of being positive, Polly shows children how one girl's happiness can thaw a racially divided town. Polly is rated G and was released in 1989.

In this musical TV remake of Disney's Pollyanna, the enthusiasm and love of life of an orphan called Glad Girl brings happiness and a sense of community to a 1950s Alabama town. White or black, young or old, it seems everyone falls in love with this all-singing all-dancing ball of energy.

Polly is an extension of that strangely daring concept in the Cosby Show that portrayed an affluent middle-class African American family living happily in a mixed race neighborhood. It is as one reviewer on Amazon states simply an "Excellent movie about a young girl going to live with her old maid aunt," and, "a very positive portrayal of African American families of that period." Polly has a rating of 95% on Rotten Tomatoes and was popular enough to inspire a sequel called Polly's Coming Home. Its African American female director Debbie Allen was a famous choreographer and star of the movie Fame.

This PG rated superhero film sparks the imagination and tickles the funny bone. It illustrates to children that anyone can be a superhero and help clean up their streets. The Meteor Man hit theaters in 1993.

This film stars Robert Townsend (who also directs) as the shy and meek school teacher Jefferson Reed, who like everyone else in his neighborhood cowers to the Golden Lords - a group of peroxide-haired teenagers who terrorize the area. It isn't until he is hit by a meteor that life begins to change for the better. Jefferson is now Meteor Man and with his newfound powers, he can defeat the Golden Lords and bring peace to his people.

If a meteor hitting a shy, meek teacher in a small African American neighborhood is a stretch of the imagination, what would one call a meteor turning that same teacher into an all-conquering superhero? Most probably pure silliness, which as any parent would tell you, is just what their kids crave. As one reviewer states on Rotten Tomatoes: "I found Meteor Man to be funny and inspiring."

Starring Kenan Thompson and Kel Mitchell, Good Burger is the film version of a Nickelodeon kids comedy sketch popular in the '90s. This movie is rated PG and was directed by Brian Robbins. It was released in 1997. 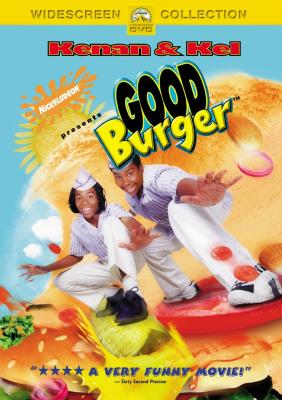 Ed and Dexter's beloved burger stand, the Good Burger, is put under threat when a burger chain store opens across the street. It takes all of their cunning and a special sauce to drive away the store and its horrible owner Kurt.

A great example of what the Washington Post calls the film's "kind of weirdness, buzz and edge that kids love" is the scene where Ed is locked in a padded cell. Instead of sliding to the floor in a state of despair, he shouts and begins to throw himself against the walls. It's great fun, and the kind of energetic, quotable film that kids will annoy you by watching over and over again.

Are you looking for a classic movie that your kids will enjoy? The Wiz is a great choice. With its African American cast and urban setting, The Wiz will demonstrate to children that anyone can rise above their background and other's expectations. Rated G, the film was directed by Sidney Lumet and released in 1978.

To understand the plot of this film, simply imagine The Wizard of Oz adapted for an African American audience. Harlem replaces Kansas, a Kindergarten replaces the farm, a snowstorm replaces the tornado, Is This What Feeling Gets? replaces Somewhere Over Rainbow and the Wiz replaces the Wizard. It has the same characters and storyline as the 1939 blockbuster, but this version is much more upbeat.

The Wiz is not a perfect film (it is rated 5.3 on IMDB) but with a cast including Diana Ross, Michael Jackson, and Richard Pryor, the film won a great deal of love and respect from audiences of all colors. This adaptation of a classic story has gone on to inspire a highly successful Broadway show of the same name. As Spirituality and Practice states, "Its celebration of personhood comes through loud and clear."

The Color of Friendship

Prejudice, racism and acceptance are themes you'll find in this TV-G rated television film that originally aired in 2000. The Color of Friendship is a heartening tale of friendship with a very interesting twist. 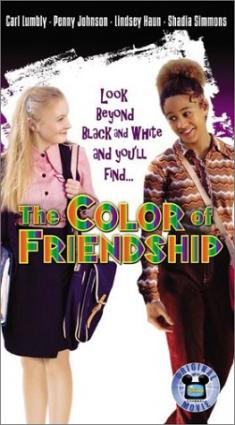 The Color of Friendship movie

An African American US congressman with an interest in South African politics invites what he thinks is a black South African child into his family home for the summer. However Mahree Bok, the daughter of a South African policeman, is in fact white and it takes a lot of courage for both sides to accept the other. By the time she has to go home, however, Mahree has become an important part of the family and best friends with the Congressman's daughter, Piper.

In 2000, The Color of Friendship won an Emmy Award for "Outstanding Children's Program" and a Humanitas Award for its script. Probably it should have won at least two others, first for its bravery and second for its educational value. The race issues examined here aren't seen and resolved often, especially in films for children

Based off the book, Selma, Lord, Selma: Girlhood Memories of the Civil Rights Days, written in 1980, this Disney Channel reenactment will provide your pre-teens with an interesting look into the courage behind the civil rights movement. Directed by Charles Burnett, the film first aired in 1999.

In this film, 11-year-olds Sheyan and Rachel are so inspired by Martin Luther King they join him and his followers on the famous voting rights march from Selma to Montgomery. Despite the violence and racism they witness on the way, they remain strong and focused.

The consensus on IMDB was that for pre-teens, Selma, Lord, Selma is a highly educational movie. In particular reviewers praised Clifton Powell's performance as Martin Luther King. "I like how he represented Dr. King," said one reviewer "(R)ight from the beginning he was portrayed as a human being. There was no image of worship or him being on a higher plane. He was a man with a struggle and that was more or less it."