Documentary films offer a wide range of subject matter, aiming to educate as well as entertain. The following documentaries have won industry awards as well as popular acclaim from viewers.

March of the Penguins

March of the Penguins is a 2005 National Geographic project that follows a group of emperor penguins in Antarctica as they migrate to their nesting grounds. These birds face some of the harshest weather conditions imaginable along their 70-mile journey. After the females have laid their eggs, the males watch over the eggs to keep them warm while the females must trek even further in order to feed. This film is directed by Luc Jacquet, and narrated by Morgan Freeman.

Earning the second highest total gross ever for a documentary, March of the Penguins has won and been nominated for an impressive number of awards including an Oscar won in 2005, and the title of Best Documentary from the National Board of Review.

In 1974, a man named Phillipe Petit completed a high-wire act that saw him traveling between the Twin Towers of the World Trade Center. Not only was this stunt risky and breathtaking, but also illegal. Petit was arrested soon after coming down from the wire. In 2008's Man on Wire, the story unfolds through raw footage from the original event as well as still photos, a reenactment of the crossing, and interviews with those who witnessed it. The film is directed by James Marsh and based on the book by Phillipe Petit.

Man on Wire won numerous awards including the Academy Award for Best Documentary in 2009. In addition, users of the popular movie site Rotten Tomatoes have placed it at the top of the list of Top 100 Documentaries, with a perfect 100% rating.

Shoah is a heart-wrenching documentary film that takes viewers inside the Holocaust through present-day interviews with those who were there. Director Claude Lanzmann interviewed as many people as he could find to bear witness to the atrocities that took place, including survivors and those who worked at the concentration camps. Shoah is not for the faint of heart; clocking in at over nine hours of footage, the film brings to life a chapter in history that must not be forgotten.

Released in 1985, Shoah has been awarded top honors from a wide variety of sources including the New York and Los Angeles Film Critics Associations, the César Awards in France, and the Rotterdam International Film Festival. Lanzmann received a lifetime achievement honor from the Berlin International Film Festival for his work on the film. The Guardian named Shoah the best documentary ever made. 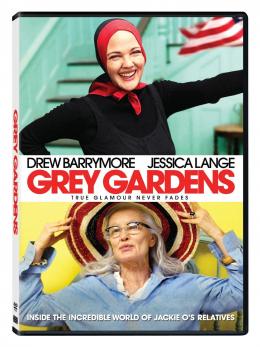 Shot in 1975 by Albert and David Maysles, Grey Gardens is the story of Edith Beale ("Big Edie"), and her daughter who is also named Edith Beale ("Little Edie"). The Beales are the aunt and first cousin of former First Lady Jackie Kennedy Onassis. Big and Little Edie live on a dilapidated estate in the Hamptons. Their house is falling apart, they have no indoor plumbing, and the home is infested with raccoons and cats. Still, they live as though they are in the midst of their former high-society glory. The Edies are charming, lovable, and slightly disturbing, giving the film a poignant air.

While Grey Gardens didn't score any major awards, it was chosen by the Library of Congress to become a part of the National Film Registry, which strives to preserve movies that are "culturally, historically or aesthetically significant." PBS viewers chose the film as the Greatest Documentary of All Time.

The Act of Killing

While the subject matter in The Act of Killing is disturbing in and of itself, its manner of presentation makes it even more so. The film is based on the mass killing of over 500,000 people in the mid-60s in Indonesia, directly and indirectly at the hands of gangsters Anwar Congo and Adi Zulkadry. Director Joshua Oppenheimer visits the country and invites Anwar Congo and some of his cohorts to reenact his killings in various traditional movie genres, such as westerns and musicals. The story that unfolds is riveting.

Tribeca, the company behind the famous film festival, named The Act of Killing the Best Documentary of 2013. The movie also won a 2014 BAFTA award and was nominated for an Academy Award. 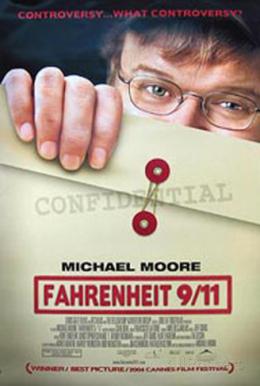 Director Michael Moore has become a recognizable face in the world of documentary film, and one of his most successful titles has been 2004's Fahrenheit 9/11. In this documentary, Moore addresses the presidency of George W. Bush, taking a hard and critical stance on the devastation and aftermath of 9/11 and the subsequent war on terror, and compares what actually happened with the media coverage of events.

Not only is Fahrenheit 9/11 the highest-grossing documentary film ever, it's received accolades and awards from all over the world. The film received a Palme d'Or at the Cannes Film Festival, received the People's Choice Award for Best Film, and even scored a few Razzies.

Released in 2014, Rich Hill is a deeply emotional story that follows four young teenage boys who live in the small town of Rich Hill, Missouri. Rich Hill has a population of under 2000 people, and it seems that everyone's lives are intertwined. Most residents suffer from poverty and family struggles, and the documentary exposes many of the troubles and tribulations faced by these young boys who are trying to see bright futures for themselves. This film was directed by the husband and wife team of Andrew Droz Palermo and Tracy Droz Tragos.

Rich Hill received a Grand Jury award at the prestigious Sundance Film Festival, as well as a director's prize at the Sarasota Film Festival and Best Heartland Feature Documentary at the Kansas City Film Fest. 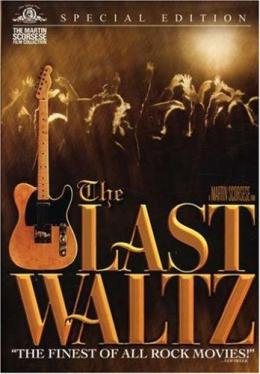 Martin Scorsese directed this 1978 documentary that has become a must-watch for rock music fans. The Last Waltz documents the final tour of the iconic 1960s rock group The Band, weaving concert footage and interviews to capture the group's unique sound and talent. Guest stars include rock royalty such as Muddy Waters, Eric Clapton, Bob Dylan, and Van Morrison. The film was restored and remastered in 2002 for a second release.

While the film never won a major award, it has become an audience favorite. U.K. newspaper The Telegraph placed The Last Waltz at the top of their list of Best Music Documentaries, and more than 13,000 film fans at Rotten Tomatoes give the movie an average rating of 98%.

No Shortage of Subject Matter

Documentary films cover such a wide range of topics that it's difficult to run out of new titles to enjoy. These eight films are some of the best that the genre has to offer, encompassing many different styles and subjects.