Animation continues to play a large role in Hollywood, not only seen as cartoons for children, but as a truly legitimate and fantastic form of filmmaking for audiences of all ages. There were many fantastic animated films that were released in 2013, all offering a unique perspective on a variety of whimsical worlds.

Some of the best and most popular animated films of 2013 include the following.

Cloudy with a Chance of Meatballs 2 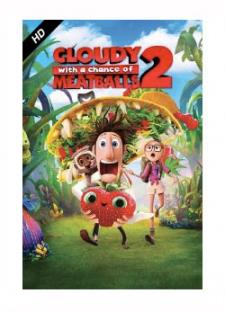 Cloudy with a Chance of Meatballs 2

Following up the first Cloudy with a Chance of Meatballs movie from 2009, this sequel sees main character Flint Lockwood return to the island where his food-plant and food-animal hybrids (dubbed "foodimals") have taken over and run amok. The film is filled with many clever puns that adults may enjoy, like the tacodile (a taco-crocodile hybrid) and the su-sheep (sushi sheep), while the bright and vibrant animation style will appeal to younger audiences. Cloudy with a Chance of Meatballs 2 was called an engaging and "tasty sequel" by the Hollywood Reporter. 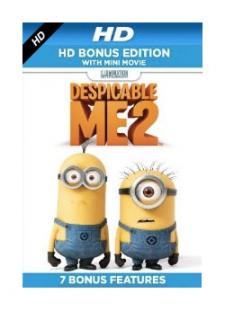 In the first Despicable Me movie, Gru was depicted as a villain or antihero. In this sequel he has become a family man with the adoption of the young girls, no longer bent on evil schemes. Instead, he gets hired by the Anti-Villain League to investigate the rise of a new villain who is creating extremely aggressive monsters with a powerful mutagen. This movie plays up on the strengths of the original, giving far more attention to the thousands of minions, which fans of the first movie may enjoy. Despicable Me 2 was nominated for the Best Animated Feature Academy Award and it won Favorite Family Movie at the People's Choice Awards.

Professor Bomba is searching for tiny creatures called Leafmen when his teenage daughter Mary Katherine moves in with him. The Leafmen are said to protect the forest against the evil Boggans. Mary Katherine doesn't believe in the Leafmen until she is shrunken down to their proportions by Queen Tara and tasked with delivering the Queen to safety. Key voice talents in Epic include Aziz Ansari, Christoph Waltz, Colin Farrell, Beyonce Knowles, and Amanda Seyfried. An impressive 97% of reviewers on Best Buy recommend this movie. 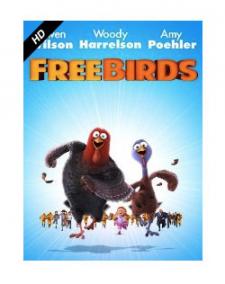 Turkey is a very traditional meal for American Thanksgiving, but two turkeys, voiced by Woody Harrelson and Owen Wilson, have decided to take it up on themselves to travel back in time to 1621 and prevent this tradition from being created in the first place. The themes of Free Birds are geared toward children, but the family-friendly comedy can be enjoyed by viewers of all ages. The worldwide lifetime gross on this film is well over $100 million.

Winner of both the Best Animated Feature and Best Original Song (Let It Go) at the 86th Academy Awards, Frozen was something of a surprise hit when it was released in late 2013. The kingdom has been trapped in eternal winter by Elsa and now her brave and optimistic sister Anna wants to change all that. She teams up with mountain man Kristoff and reindeer Sven on a quest to save the land covered in snow and ice, encountering an oddly amusing snowman named Olaf along the way. Frozen, rated PG, does contain some mild rude humor as well as some frightening or intense scenes that may make it less appropriate for younger children. 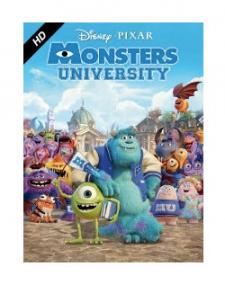 Billy Crystal and John Goodman reprise their roles as monsters Mike and Sully in this prequel to the original Monsters, Inc. movie. While they are professional scarers in the first movie, here they are attending school to learn how to be the best and most effective monsters they can be. The rivalry turns to friendship and kinship as they recognize how much they can help one another. There are a few scary moments, but Monsters University is generally appropriate for all ages. With $82 million, Monsters University has the second largest Pixar opening weekend of all time.

In Disney's Cars, audiences were treated to a world where automobiles came to life, complete with personalities and relationships. Planes follows fundamentally the same motif, except the cars have been replaced with aircraft. It is another underdog story at heart with a humble crop-dusting plane hoping to compete in a famous race that circumnavigates the globe. There are some scenes that may upset younger children, but the overall message of overcoming weakness and adversity is a powerful one for kids. Planes was nominated for the Best Youth Blu-Ray Satellite Award. 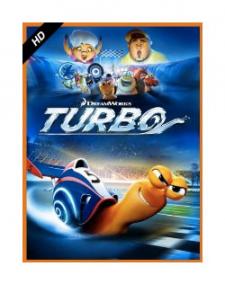 Fans of such movies as Kung Fu Panda and Madagascar will likely also enjoy Turbo, an animated film about a snail who wants to be fast and win the Indianapolis 500. Following an accident, titular character Turbo gains the power of incredible super speed. This movie will amuse younger audiences with its fun animation style and goofy sense of humor. Notable voice cast members include Ryan Reynolds, Paul Giamatti, Bill Hader, Snoop Dogg, and Maya Rudolph. Turbo was nominated for six Annie Awards, including Character Design, Music, and Voice Acting.

Legendary Japanese animation studio Studio Ghibli and movie maker Hayao Miyazaki present a film that is quite different from the whimsy depicted in their previous films. The animation style will feel familiar, but this movie presents a more realistic portrayal of Japan during World War II, following the tale of a man who designed fighter planes. The subject matter, including the Great Depression, a tuberculosis breakout, and Japan's entry into World War II, may be too mature for younger audiences, but older children and adults will appreciate the beauty and nuances of The Wind Rises. With a very high overall rating on Rotten Tomatoes, The Wind Rises should not be missed.

Some films did not receive the same level of attention as the major releases above, but that does not mean they are any less deserving of your attention. 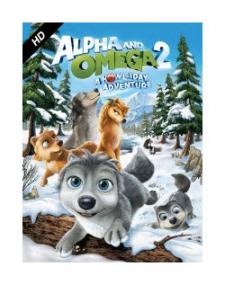 Alpha and Omega 2: A Howl-iday Adventure

Cartoons for the Whole Family

Many animated movies are understandably geared toward younger children, but teens and adults alike can find a great deal of enjoyment from the whimsy, comedy, and occasional allusion that kids may not understand. From independent productions to big studio films, there are many great animated movies to watch, and 2013 was a good year with highlights like Frozen, Monsters University, and The Wind Rises.