2012 was a fantastic year for animation, filled with a number of different movies that inspired, amused and entertained audiences around the world. For viewers both young and young at heart, these films were able to capture the imagination and transport audiences to frozen lands with nervous mammoths, to swashbuckling adventures on the high seas, and even into the unique worlds inside the video game machines at the local arcade.

Some of the best and most notable animated films of 2012 include the following.

Winner of Best Animated Feature at the 85th Academy Awards, Brave follows the story of a princess named Merida as she overcomes gender stereotypes as an aspiring archer. As she continues to rebel against royal traditions, she meets with a witch who tricks her into a far worse situation that she must then try to fix. With some mild violence and intense scenes, Brave is most suitable for children over the age of 7.

Originally released in French in 2012 and regionalized for North America in 2014, the title characters of this animated movie are the unlikely pair of a bear and a young mouse. It is based on a series of children's books where young mouse Celestine doubts the horror stories told by her rodent family about the perils of the bears that live above ground. Accolades for Ernest & Celestine include Best Animated Feature at the Los Angeles Film Critics Association Awards.

Featuring the signature animation style of filmmaker Tim Burton, Frankenweenie expands on the world seen with Dr. Frankenstein and his monster when the young Victor Frankenstein aims to bring his dead dog Sparky back to life after the dog is run over by a car. Unfortunately, the re-animated Sparky becomes far more trouble than Victor had expected and the young child must convince everyone that the dog is still friendly and loving. Frankenweenie won the Saturn Award for Best Animated Film. 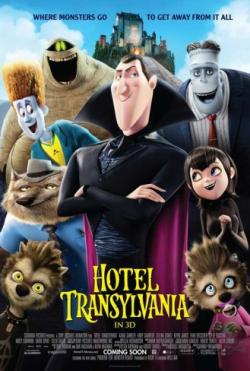 What would happen if Dracula got tired of being persecuted for being a vampire and wanted to have a place where his daughter and other monsters could escape from the humans? That is precisely what happens when Dracula decides to open a resort in Transylvania, a hotel that welcomes werewolves, mummies, and invisible men alike. Unfortunately for Dracula, his hotel is infiltrated by a human boy and his daughter Mavis falls in love with him. Rated PG for rude humor and scary images, Hotel Transylvania is best viewed with parental supervision. Adam Sandler's performance as Dracula is particularly noteworthy, winning the Kid's Choice Award for Favorite Voice in an Animated Movie.

Following up on the first Ice Age movie, Continental Drift kicks off when the nut-loving Scrat accidentally causes their frozen continent to be set adrift out onto the ocean. Returning characters Manny, Sid, and Diego then ride an iceberg as they explore a brave new world. This film, winner of Best Movie for Families from the Movieguide Awards, is likely best enjoyed by children under the age of 10.

From the creators of Despicable Me and based on the book by Dr. Seuss, The Lorax depicts the city of Thneed-Ville, a land of only manufactured and artificial things. Everything is bought and sold. When a young boy named Ted learns that his crush Audrey wants to see a real tree, he speaks with a hermit who tells him how Thneed-Ville came to be the way that it is. This is when they meet the Lorax, the guardian of the forest, and aim to bring nature back. While there may be some frightening scenes and mild violence, this movie is appropriate for audiences as young as five years old. The Lorax was very successful at the box office with a total worldwide gross of over $300 million.

After escaping from Africa in the previous movie, the group of animal friends is still trying to make their way back to their home zoo in New York City. They get side-tracked and end up in Europe, where they join a traveling circus that they hope will provide a cover for them to return to America. The colorful characters, like Alex the lion and Marty the zebra, and goofy humor will appeal to children of all ages. Madagascar 3 was generally well received with an overall positive rating on Rotten Tomatoes.

Nominated for the Best Animated Feature Oscar Award, ParaNorman features a stop-motion 3D animation style. It is best categorized as a comedy horror film geared toward family viewing. In it, Norman Babcock has the unique ability to speak with the dead in his hometown of Blithe Hollow. He becomes ostracized as a result, as no one believes him, but the task falls upon him to rescue the town from an evil curse that was cast by a witch several hundred years ago. The dead rise and Norman fights to save the day.

The Pirates! Band of Misfits

In another underdog story, the Pirate Captain dreams of winning the award for Pirate of the Year, but he and his crew aren't exactly the ideal image of swashbucklers on the high seas. They are ridiculed by their fellow pirates, so in an effort to prove their worthiness they go on a quest that takes them to meet scientist Charles Darwin, Queen Victoria, and other historical figures. Some scenes in Band of Misfits may be unfit for younger audiences and that is why this film is rated PG. The New York Times describes this movie as a "wonderful time machine" with its "tactile" molded clay appearance.

Rise of the Guardians 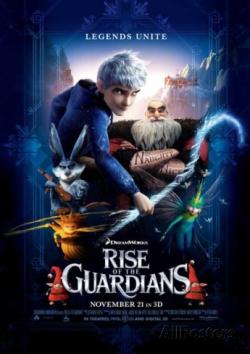 Rise of the Guardians

Featuring the voice talents of such actors as Hugh Jackman, Alec Baldwin and Chris Pine, Rise of the Guardians is based on The Guardians of Childhood book series by William Joyce. The action of the movie takes place 300 years after the books, depicting such characters as the Tooth Fairy, Easter Bunny, Sandman, Jack Frost, and Santa Claus. These immortal Guardians now face an evil spirit named Pitch Black who threatens the world's children. Some action may be frightening to younger children in this PG-rated film by DreamWorks Animation. It won an award for the year's best animated film at the Hollywood Film Festival.

Arguably one of the better Disney movies released in 2012, Wreck-It Ralph depicts the world within different arcade games, particularly with the title character no longer wanting to be villain. His goal to become a hero upsets the balance in the video arcade, drastically affecting multiple machines as he hops between games. While geared toward children, this movie will appeal greatly to anyone who grew up playing video games as there are many references to popular characters and gameplay mechanics, including Pac-Man, Halo and game glitches. Cinemablend reviewer Eric Eisenberg gave Wreck-It Ralph an impressive 4.5/5 star rating, citing the "stunning mix of humor, ingenuity, creativity, nostalgia and heart. It's unlike anything you've ever seen before."

There were many other animated films released in 2012 that you may want to watch.

In addition to the many animated movies that are produced in the United States each year, it is also a great idea to explore some of the fantastic anime movies from Japan and other animated films from around the world. They can offer a different style of animation and a different perspective that can be quite refreshing, enlightening, and entertaining too.