Quentin Tarantino's eighth film is a violent western with an all-star cast. Available on DVD and Blu-ray, this R-rated film features Tarantino's signature story-telling and memorable characters. Here, one of the non-Hateful additional characters provides some insight into what happened behind the scenes of The Hateful Eight.

Major Marquis Warren (Samuel L. Jackson) hitches a ride with bounty hunter John Ruth (Kurt Russell) when Warren's horse dies in the middle of a snow storm. Ruth is escorting Daisy Domergue (Jennifer Jason Leigh) to hang for a $10,000 bounty, but he's a fan of Warren's legendary Civil War record, including a letter Warren received from Abraham Lincoln himself.

Along the way Ruth and Warren pick up Chris Mannix (Walton Goggins) who claims to be the new sheriff of Red Rock, where Domergue is to hang. The four have to stop at Minnie's Haberdashery to wait out the blizzard where the other four hateful characters are already camped: confederate General Sandy Smithers (Bruce Dern), Joe Gage (Michael Madsen), Oswaldo Mobray (Tim Roth) and Bob (Demian Bichir).

Over the course of the night, the Hateful Eight suspect each other of working with Domergue and taunt each other with old Confederate vs. Union rivalries, even though the Civil War ended years ago. Late in the film, a flashback featuring Minnie (Dana Gourrier) herself helps the audience piece together who's on whose side, and who will be the last of the eight standing.

Eight Is Not Enough

There are more than eight people who made The Hateful Eight. 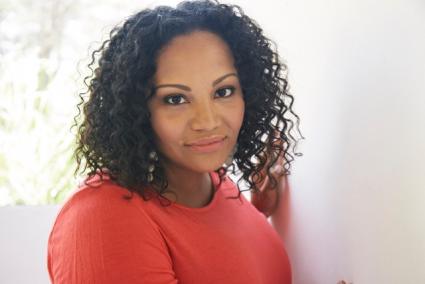 The first half of the film can seem slow as writer/director Quentin Tarantino introduces each character. There is a sense of tension as each additional character tries to negotiate for a ride with Ruth, or to keep the peace in the Haberdashery. The build-up is methodical though. Stick with it, because the payoff is all the greater for knowing the intimate details of each character. It also creates a sense of relief when the story is broken up with a flashback to an earlier time at Minnie's Haberdashery, when other characters were present.

Minnie herself becomes a part of the mystery. It is Minnie's Haberdashery after all, so where is Minnie? She is part of the flashback, but only appears after Warren has spent much of the film talking about her. "There was a lot of pressure because there was a lot of talk about this individual," actor Dana Gourrier, who played Minnie, said. "I would say I went in like I go about any other part, which is to do the homework first. The homework begins with your script. So I kept reading the latest revisions every single day, running things, developing a gait and a walk, understanding the time and what the conditions may or may not be."

Minnie had a very special skill in her scene, so Gourrier spent days learning it so it would appear natural the one time she did it on film. "I had to learn how to roll tobacco because Minnie rolled her own personal Red Apple tobacco cigarettes," Gourrier continued. "I would roll anywhere from 50-100 cigarettes a day in preparation for shooting. I would do it when it was raining outside, and when it was cold just so my hands could acclimate because I knew on the mountain it would be very, very cold. Also, your nerves play a role so you start to get shaky hands, so you have to be as prepared as you possibly can. That's what I worked towards. Just being as prepared as possible was my whole thing."

Racism is a big theme of The Hateful Eight. Set just after the Civil War ended, there are characters on both the Union and Confederate side, taunting each other still. Racial tensions seem like an important backdrop to the immediate tensions in Minnie's Haberdashery. Tarantino could have settled for the scheming and sabotage of the eight strangers, but it is more poignant to note that even without Domergue, this would have still been a dangerous situation. It only increases the tension of this mystery to add North and South, Slavery vs. Abolitionism to the mix.

Even though she was only in one scene, Minnie represented important themes for Tarantino. "Minnie was very welcoming," Gourrier said. "She was very open but she was also a spitfire. This is a woman of color six to 12 years after the abolishment of slavery, a woman of color owning her own property, proprietor of her own [business]."

The dialogue crackles with the Tarantino wit that has been on display since 1992's Reservoir Dogs. This includes oodles of profanity including racial slurs because the Confederate leftovers who would say them do not pull their punches. Some critics felt Tarantino was exploiting volatile racial language, or allowing the men to commit too much violence against Domergue. Other critics got the message. Either way, Tarantino has never apologized for pushing buttons. Gourrier hopes he never does.

"You don't go into a Quentin Tarantino film with the thought process of, 'This is going to be PG-13.'" she said. "Quentin has stayed true to his form throughout the years and he's just not interested in any way, shape or form in being censored as an artist. I may not agree with everything that happens in a script as it relates to the disempowerment or the empowerment of women, or the breaking down of racial barriers or the building up of them. I have my own opinions about a lot of things. However, I personally just refuse to be told what to write and what to say as an artist. You can't tell me what to write about. You can't say, 'Oh, you can't say that' or 'Oh, this is offensive to people.' He's one of the artists that doesn't even buy into that. I have a huge amount of respect for him in that regard."

Remember, it's not called The Lovable Eight. Each of the main characters is intended to be hateful in some way. Even if Ruth or Warren seem heroic, bringing a criminal to justice or fighting for freedom, they all have blood on their hands. Part of the confusion could be the legacy of Russell and Jackson as cinematic heroes. It's natural to want to root for them, and they may be on the lower end of the hateful scale. Make no mistake, whoever survives does so by out-witting the evilest schemers. Harsh language is one of their hateful tools to gain the upper hand and protect themselves. It may make viewers uncomfortable or it may feel like a cathartic release to hear outrageous words. Either way, the language evokes a mood that impacts the viewer.

The Hateful Eight sets up its main characters but there is more to the story than just the eight. For example, Channing Tatum plays a surprise role and fans have been well-behaved about not spoiling it. Additionally, Tarantino wrote the role of Minnie for Gourrier, whom he had previously cast in Django Unchained.

"No matter how it's written, on the day when you're on the set with that writer/director and they're like, 'No, I need it to sound more like this,' or 'No, I envisioned it like that,' or 'No, I don't feel like she would do this,' it's that moment where you're like okay, whatever you envisioned is what I'm going to do," Gourrier said. "So yes, there's a lot of pressure involved but he's very generous in his work and in his ability to deal with his actors and get from them exactly what he needs. He puts a really special kind of pressure on you but it's this pressure of you want to do well. You want to do so well for him because you know he's a genius and you know he sees something in you that you may not even see in yourself."

Gourrier was not alone in having a role written specifically for her. Tarantino thought of many of his regular performers when writing The Hateful Eight, including Samuel L. Jackson, Bruce Dern, Tim Roth, Michael Madsen, Walton Goggins and Kurt Russell. Whether he's worked with Russell, Goggins or Dern only once before, or Jackson, Madsen and Roth several times, it is clear Tarantino knows their strengths. He brings out their vulnerable sides without undermining their strength. Jackson knows how to deliver Tarantino's lines with that vocal punch of his, but can also reveal Warren's fears and insecurities. Those in their first Tarantino film completely rise to the challenge. Jennifer Jason Leigh mocks the inevitable death awaiting Domergue, and the always endearing Channing Tatum embraces his hateful side. 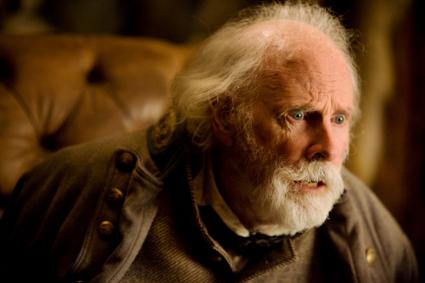 The cast first met for a staged reading of the script at the Ace Hotel in Los Angeles. Preparing for that, Dern gave Gourrier the ultimate compliment. "Bruce would just always talk to me primarily about how he loves the way I listen," Gourrier said. "I'll never forget when we were in preparation and we were rehearsing, Bruce was watching every single day because Minnie's only in this one chapter. I would sit and just listen day after day and he came to me on the second day of rehearsal and he said, 'I just love watching you just listen. I am enjoying watching you enjoy our process. Let me tell you something, 90% of being a good strong actor is listening. You're listening. You've got the chops, I can tell.' I was just like, 'Oh my God. This is Bruce Dern, ladies and gentlemen!' It was one of those really pivotal moments. I've worked hard and I've made the sacrifices that I've made to hear that comment right there. It's not about validation or hoping to please people, but it is really extraordinary when someone of that caliber recognizes what you're doing in the room."

The rest of the cast is in top form too. Goggins finally gets a movie role with as much range as he's shown in television shows like The Shield and Justified. Roth, Madsen, Dern and Bichir keep the audience guessing about their characters' intentions. Gourrier indeed delivers the goods when Minnie finally appears, and her spirit hangs over the whole film if one watches it again.

Gunfight at the Q.T. Corral

Tarantino's emphasis remains on the characters and their dialogue. When the film finally explodes into bloodshed, the murder and collateral damage is extreme and graphic. Fans of Tarantino should expect as much, and anyone who is sensitive to blood and brain matter probably hasn't made it through seven of Tarantino's films to get to the eighth.

Looking at all eight Tarantino films show tremendous growth. His first three movies reveled in the dialogue as have all of his subsequent films. Kill Bill tested Tarantino to film elaborately choreographed martial arts. Death Proof included an epic vehicular chase scene. Inglourious Basterds featured World War II sieges. Django Unchained and The Hateful Eight are both westerns where the gunfight is the classic setup.

Tarantino embraces the buildup of the standoff. As the eight characters get whittled down to seven, six, or fewer, different combinations of survivors draw on each other. In every confrontation, the bloody outcome remains a surprise. It shows Tarantino embracing the extravagance of the genre with explosive violence while still allowing his characters to speak with that vulgar articulation only Tarantino can write.

Love for the Hateful

The Hateful Eight may not be as groundbreaking as Pulp Fiction or as revolutionary as Inglourious Basterds, but it delivers compelling characters in an entertaining, incendiary story. Hate is confined to the screen because it's all love from out here.