Indies are often described as films made outside of the Hollywood system with little support from investors. It's impressive to note that the following indie classics were made with very little funding, but made a big impact on popular culture.

Nosferatu (original title, Nosferatu, A Symphony of Horror) is the great vampire film. Directed by F. W. Murnau, this 1922 silent film and German Expressionist gem appeared because Dracula was still under copyright to author Bram Stoker's family. Film critic Roger Ebert gives the film four stars, writing that watching this film was to "see the vampire movie before it had really seen itself." The movie nearly disappeared due to court battles with author Bram Stoker's widow, but survived through fan devotion. An indie film that introduced vampires to the screen, Nosferatu is available in a restored version. Whatever the production costs, Nosferatu inspired billions of dollars in Hollywood terror. 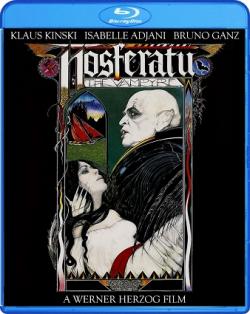 Listed among the 30 best indie films by Rolling Stone, the 1958 drama Shadows is among the first crowd-sourced films. Director and actor John Cassavetes raised funds for the movie by asking friends and fans for donations. Shadows is set in the Beat Generation's New York, and tells the story of black siblings and their struggle to overcome an indifferent world. The interracial love story/subplot was unheard of for the era. Film historian Ray Carney noted that the film cost $40,000 to make, and represents a foundation stone of indie history.

Writer and director Oren Peli used a handheld camera to create "found footage" in his own house: seven days and roughly $15,000 later, the Paranormal Activity crew had a film which debuted at festivals in 2007. The story follows a young couple who believe their home is haunted and record the ensuing attacks. This indie eventually grossed $9.1 million during its first week in only 200 US theatres. An indie legend, the Paranormal Activity franchise has gone on to include several sequels and spin-off films. 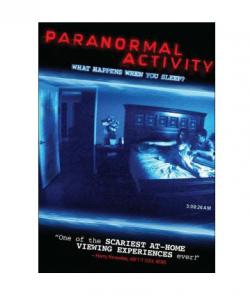 A 1977 cult classic, David Lynch's bizarre nightmare about no one knows what still unsettles. It took five years to film on a shoestring budget, but the surreal and disturbing story of a man's twisted life with a very odd girlfriend and a mutant child is a fever dream rolled into a night terror. Perhaps the most intriguing thing about this film is that Lynch refuses to say what it's really about, or what it means. Rolling Stone places Eraserhead among the top 30 American indie films.

5. Night of the Living Dead

George Romero is the zombie Godfather, and his 1968 vision of the living, walking, gnawing dead still terrifies. It's all here: farmhouse, ghouls, and strangers trying to survive during a night where the dead return and attack. The ending remains a shocker even if you know it's coming. Entertainment Weekly credits Night of the Living Dead with raising lots of films from the grave in its list of the 20 scariest films of all time, while Empire lists it among the top 50 indie films. 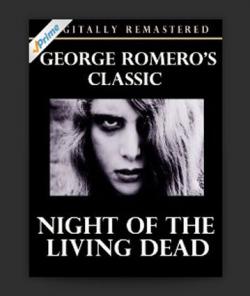 Night of the Living Dead

Martin Scorsese, Robert DeNiro and Harvey Keitel have roots in indies, and Mean Streets was the place where they grew up. Set in New York City's Little Italy, this 1973 film follows the lives of men trying to make it big while staying alive. Empire calls it one of the best American indies, and Mean Streets still resonates. Made on a tight budget of $500,000, the film was ignored by the mainstream even as it developed a cult following for its artistry and grit, and won awards from groups like the New York Film Critics Circle.

7. Beasts of the Southern Wild

Costing more than the previous 6 films combined, 2012's Beasts of the Southern Wild is still a bargain indie. Beasts went toe-to-toe with mainstream films at the Academy Awards. The fantasy drama about a sensitive child's experiences on the bayou and the monsters and people who inhabit her world became an instant indie best bet. Beasts of the Southern Wild is enchanting whether the magic is real or not. 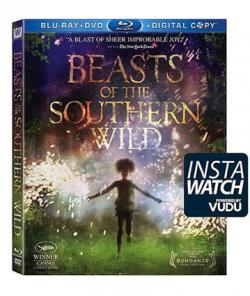 Beasts of the Southern Wild

A 1969 counterculture gem that brought Jack Nicholson to everyone's notice, Easy Rider turned the buddy road trip into a drug-fueled, in-your-face celebration of independence, following two bikers on adventures across the American South and Southwest. Easy Rider highlighted the new young and restless Hollywood film style and 30 years later, made it into the National Film Registry.

This 1973 indie was distributed by a big studio, but only after director Francis Ford Coppola warned the bigwigs he would distribute the film himself if they didn't pay attention to it. Coppola's vision was a studio's dream since the $777,000 production cost resulted in $140 million at the box office. American Graffiti stars Harrison Ford, Richard Dreyfuss, Ron Howard, and Suzanne Somers, and takes place on a Texas night when young people cruise the strip one last time before growing up.

In 1971, Melvin Van Peebles produced this top-grossing independent film (with a loan from the prescient Bill Cosby). According to son and filmmaker Mario Van Peebles, Van Peebles refused to submit his film for approval by an all-white MPAA ratings board. The film follows a black man on the run and the people who help him, and earned both X and R ratings for its raw look at life. Van Peebles' black power style set the tone for scores of films in the 70s and 80s and Sweet Sweetback still shocks.

Whether an independent film cost less to make than a new car or as much as any studio project, indies always have a sense of adventure and experimentation about them. For the viewer, it's just as much fun to rediscover the originals while wondering how all that story could end up costing so little.