Made-for-television movies are known by many terms including telefilms, telemovies, direct-to-TV movies, and movies of the week. Whatever you call them, these feature-length films are distributed by a television network and made specifically for television audiences. The following made-for-TV movies stand out for many different reasons, whether it's critical acclaim, enduring popularity, amazing acting, incredible production values, or all of the above.

Kevin Sullivan's Anne of Green Gables is a two-part, made-for-television movie that was filmed in Canada in 1985. Megan Follows stars as Anne Shirley, the creative, independent, and spirited orphan at the heart of this coming-of-age tale. Based on the beloved classic novel of the same name by Lucy Maud Montgomery, the Anne of Green Gables film boasts a stellar cast with greats like Colleen Dewhurst and Richard Farnsworth.

Anne of Green Gables initially attracted a combined 5.6 million viewers in Canada alone, placing it as the most-viewed dramatic film to air on the CBC at that time. This critically acclaimed film won an Emmy Award for Outstanding Children's Program and an Emmy Award nomination for its writing. It also swept the Gemini Awards in 1986, earning 10 awards including the prize for Most Popular Program.

Anne of Green Gables has now been seen in every country in the entire world that broadcasts television. The film finds new fans each year as young girls and boys discover the enchanted world of Anne and her Avonlea. 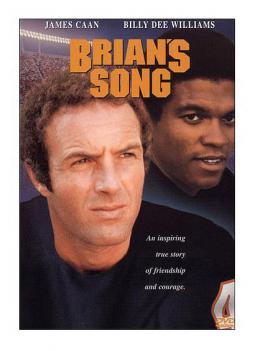 As one of the most viewed and critically acclaimed made-for-television movies ever made, 1971's Brian's Song is an autobiographical flick about the short but significant life of Brian Piccolo, who was a lauded player for the Chicago Bears. Some of the most touching moments revolve around his friendship with teammate Gale Sayers and his hard-fought battle with cancer.

James Caan was praised by critics for his performance as Brian, and Billy Dee Williams stands out as Gale. The talented Shelley Fabares shines in her supporting role.

The appeal of Brian's Song is still clear decades after its initial airing. Bob Costas mused on ESPN that generations after the movie was made, many men still admit to shedding tears upon every viewing of the movie. It garnered 11 Emmy nominations and won five. Brian's Song was a nominee for the best television movie at the 1971 Golden Globe Awards, and it won a Directors Guild of America Award the same year.

A Raisin in the Sun 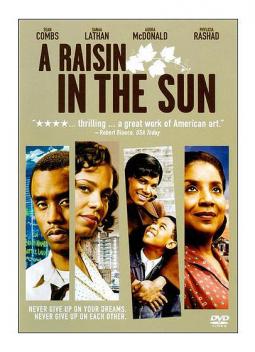 A Raisin in the Sun

Making its premiere on ABC in 2008 as a much-anticipated television event with 12.7 million viewers, A Raisin in the Sun is a made-for-TV film adaptation of Lorraine Hansberry's revered 1959 play. A Raisin in the Sun tells the tale of a strong but struggling Chicago family as its members long for better lives for themselves. It doesn't shy away from tough issues like poverty, pride, and racism.

This version of A Raisin in the Sun stars Sean Combs, Audra McDonald, Phylicia Rashad, and Sanaa Lathan, who all reprised their roles from Broadway. John Stamos, who is best known as the beloved character of Uncle Jesse from Full House, joins the cast as Carl Lindner.

Variety praised the movie's pacing and strong performances. It was given a rave review by the Denver Post, where it was referred to as proud and important. The Hollywood Reporter called it provocative and powerful. A Raisin in the Sun was nominated for an Emmy Award for Outstanding Made for Television Movie. Both Phylicia Rashad and Audra McDonald garnered Emmy nominations for their performances as well.

Premiering on Memorial Day 2013 on Lifetime, Ring of Fire is a brilliantly directed film that reveals one of the most famous love stories in country music history. It's based on Anchored In Love, a biography of June Carter Cash that was written by her son John Carter Cash, and it is told from June's perspective.

June was a strong performer in her own right, yet she's perhaps best known as the wife of Cash. As lead actor Jewel explained to Rolling Stone, June's own story needed to be told. Allison Anders, the movie's director, reveals herself to be an expert storyteller with Ring of Fire. This movie seamlessly weaves the classic music of the first country music super couple into the story, and those unforgettable tunes are also part of its charm.

A Message From Holly

A Message From Holly is a serious drama about the strength of love and friendship in the face of extreme crisis. RadioTimes remarked on the lachrymose nature of the project. Material this dark could easily become maudlin in less capable hands than director Rod Holcomb and the film's charismatic, talented stars. It's a beautifully shot movie that aptly showcases the scenic country surroundings where Holly has found sanctuary.

Lindsay Wagner is magnificent in the title role of Holly, a single mom and artist who thrives in the idyllic country life she shares with her daughter. Shelley Long is a true movie star and her star power is evident in A Message From Holly. She stars as Holly's best friend, Kate, who is a workaholic jetsetter.

MSN reports a stellar rating of 5 out of 5 stars for this moving film. Since its 1992 television debut, A Message From Holly has become something of a cult classic. The film was released on DVD in North America and the United Kingdom, but copies can be hard to find. Auction sites like eBay often have used copies on offer. As another sign of the made-for-TV movie's longevity, 22 years after its original airing Lindsay Wagner hosted a special screening of A Message From Holly to help raise scholarship funds. 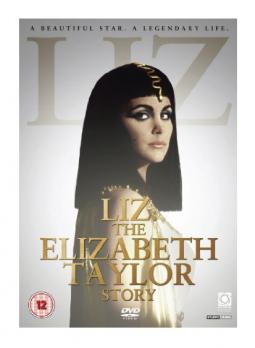 Before Lindsay Lohan's much-publicized performance as Elizabeth Taylor in Liz & Dick, Sherilyn Fenn portrayed the iconic screen star in 1995's Liz: The Elizabeth Taylor Story. This ambitious film takes on Elizabeth's childhood as well as her adolescence and much of her adulthood.

This film was not approved by Elizabeth Taylor, but is sympathetic and respectful of her. Autobiographical films can be challenging but this one is helped by a strongly shaped story and a talented cast. Critics praised Fenn for her softness and vulnerability in the role.

The Magic of the Movie

Liz: The Elizabeth Taylor Story earned three Emmy Awards nominations, and it also was nominated for a casting award by the Casting Society of America. The primary and supporting cast is exceptional. Corey Parker brings an incredible depth and warmth to his part as Eddie Fisher, and Katherine Helmond stands out in her small role as notorious gossip columnist Hedda Hopper. The movie was offered in DVD format but production was limited. Copies can still be found at auction sites and used record stores, however.

Set in Tampa, Florida, this fun flick finds Sharon as a happily divorced single mom who is planning to move her eleven-year-old daughter, Nikki, to New York City, but Nikki has other plans in mind. She has finally found a best friend and she's not about to lose her now, so she even brings her Aunt Susan into the scheming for a whole new elaborate parent trap.

The Parent Trap 2 was successful, and Disney brought Hayley Mills back to play Susan and Sharon for two more made-for-TV film sequels in the 1980s: The Parent Trap 3 and The Parent Trap; Hawaiian Honeymoon. It has gained a new generation of fans with its DVD release as a double feature with The Parent Trap.

2006's Ambulance Girl is a great movie that delivers a solid story with an impeccable performance from renowned actress Kathy Bates. Also serving as the film's director, this is a great showcase for her many talents.

This realistic yet inspiring flick is based on the memoir of Jane Stern, who is able to overcome clinical depression after she becomes an EMT. This film doesn't shy away from the tragedy and chaos that depression can cause, yet its story arc and the character's transformation are utterly believable and nuanced.

For her role in Ambulance Girl, Kathy Bates was nominated for an Emmy for Outstanding Lead Actress in a Miniseries or Movie, and the film also garnered two Prism Award nominations. Bates was deservedly praised by The New York Times for both her acting and directing in this film. 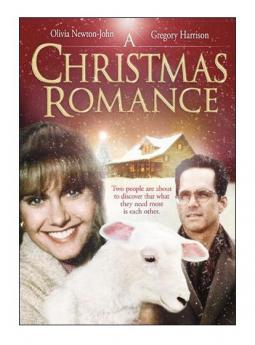 In her first role after recovering from breast cancer, Olivia Newton-John delivers a stellar acting performance in A Christmas Romance. Chloe Lattanzi, Newton-John's daughter, makes her film debut in this movie as Deenie.

A Christmas Romance is based on the novel by Maggie Daniels, and it tells the story of Julia, a young widow with two daughters who is facing unemployment and the upcoming foreclosure of her home right at the holidays. When things already look bleak, a big snowstorm and a loan officer appear to complicate matters even more.

A Hit For the Holidays

A Christmas Romance was a big hit when it originally aired on CBS during the Christmas season of 1994, and critics praised the film as well as the performances of Olivia and her leading man, Gregory Harrison.

Flowers in the Attic

When Lifetime announced that the network would be airing an original film version of Flowers in the Attic based on the beloved V.C. Andrews novel, it was met with much excitement. The movie turned out to be a much more faithful adaptation to the source material than the 1987 feature film of the same name.

Flowers in the Attic is a dark but dreamy drama. It follows the succession of tragedies that befall four beautiful, blond siblings that begin with the death of their doting dad. This complicated film was referred to as "crazy good" by People, and Vulture praised the cast as nearly perfect.

Around 6.1 million viewers tuned in to see Flowers in the Attic when it aired in January 2014, and this well-crafted guilty pleasure earned Lifetime its best ratings since 2012. On the heels of the success of Flowers in the Attic, a sequel based on the second book in the Andrews series, Petals on the Wind, was ordered.

What makes a great made-for-television movie is somewhat subjective. You may enjoy a telefilm for a variety of reasons, including if a favorite actor is in it or whether the subject matter is particularly interesting to you. When you're looking for a great movie that touches upon timely issues, you may want to check out upcoming made-for-TV films.